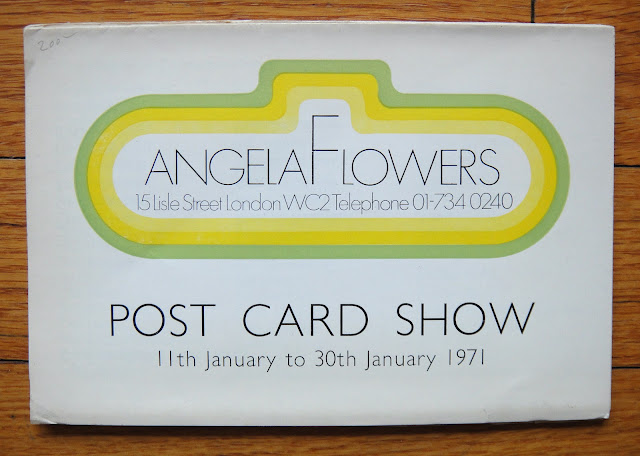 As far as I know this catalogue is for one of the first artists' postcards exhibitions, with Canada's Image Bank following up with their first one in October of the same year. One of the reason's Image Bank had the show in 1971 was that it was the 100th year anniversary of the distribution of the first picture postcard.
This accordion reproduces 19 of the cards in the show, including works by Ray Johnson, Joseph Beuys, Peter Blake, Richard Hamilton, David Hockney and Robert Filliou. The show is also a product of its time with only a sprinkling of women's cards including Suzi Gablik, Carolee Schneeman and Gillian Wise.
Angela Flowers opened her longstanding contemporary art gallery in London in 1970. As of the present moment she has two galleries in London, one in New York and another in Hong Kong. For more info about this unique gallery see:  About the gallery | Flowers Gallery
For more information about this fascinating genre of artists' multiples see Jeremy Cooper's two books: Artists' Postcards from 1960 to now (2019), and Artists' Postcards: A Compendium (2012).
21 single-sided pages, individual size 6.25" x 4.25" and when fully opened 10' x 21.25". 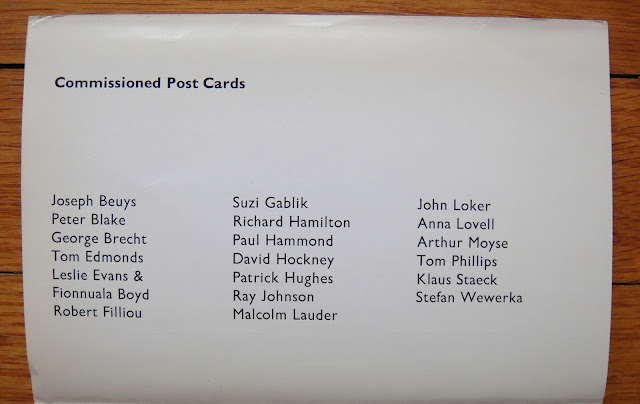 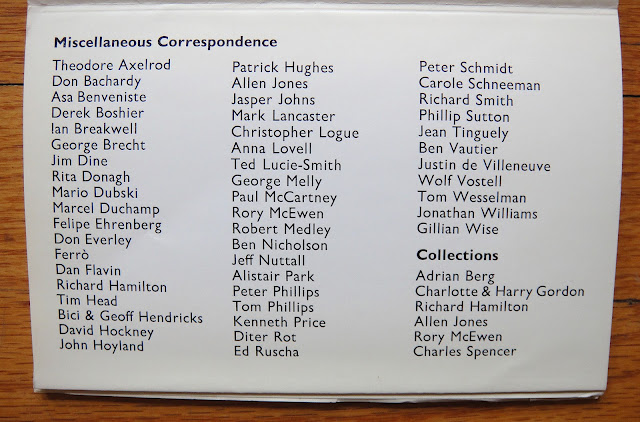 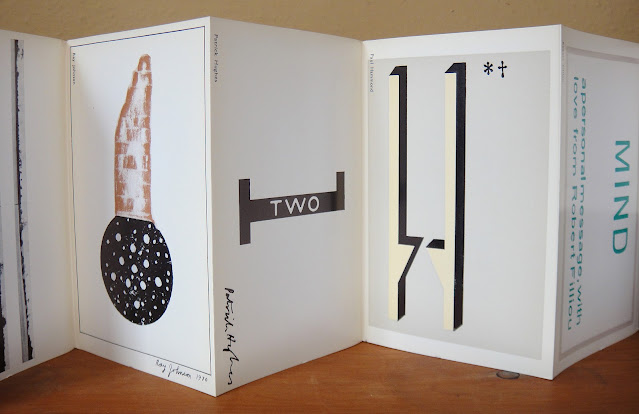 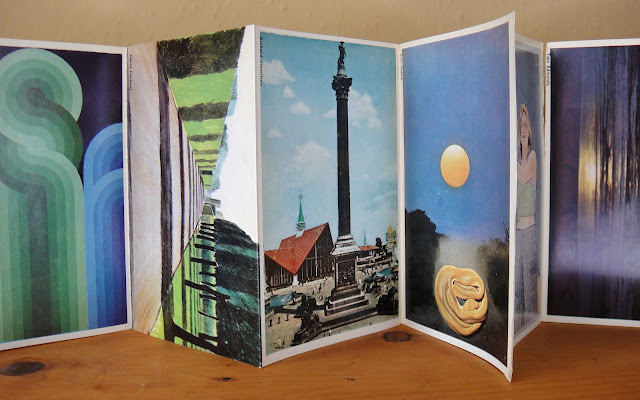 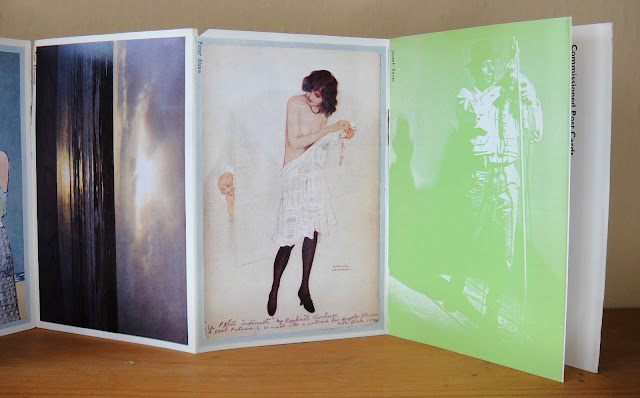 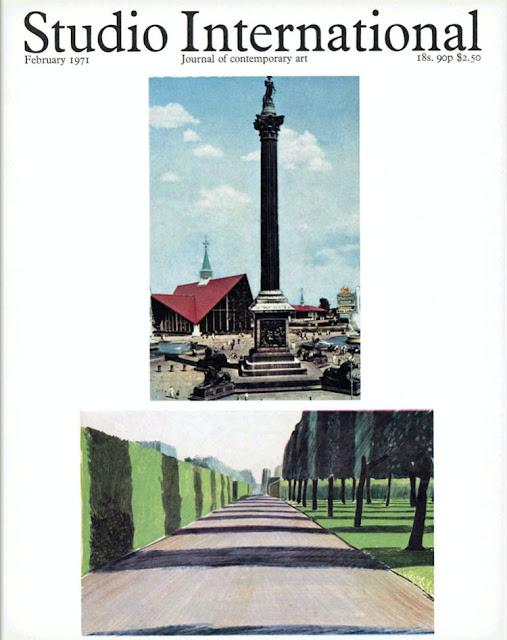 Richard Hamilton and David Hockney's postcards from the show on the front cover of Studio International, February 1971, that featured a review of the show.