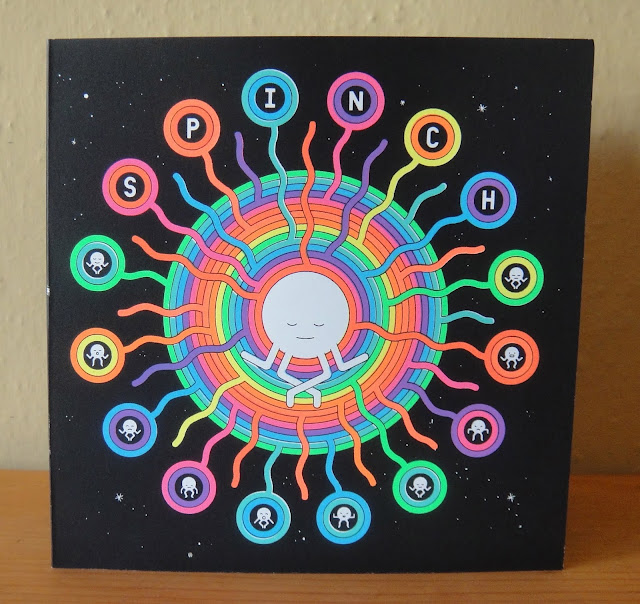 This is a really wonderful, and quite beautiful screen printed accordion that was inspired by this comics artist's creation of the cool video game Spinch. The panels on the front describe the setting in which the Spinch creatures emerged, their habitat and who their deadly enemies are. The reverse side illustrates the 'color creatures' whose "...versatile diet and efficient hunting abilities have contributed to the creatures' success," however "the rapid proliferation of colour in such an isolated ecosystem poses a serious risk to biological diversity, ravaging key areas of the island, (and) threatening the local spinch population."  There you have it!
For press kit and preview of this fun game see here: Press Kit — Spinch the Game
10 pages, double-sided, each 6.75" x 6.75" when fully opened 5' 7.5". 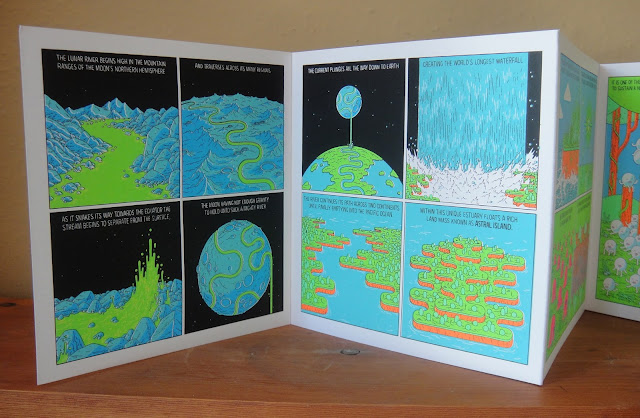 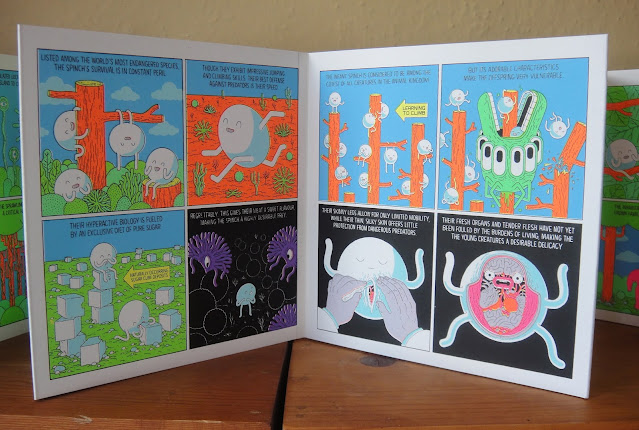 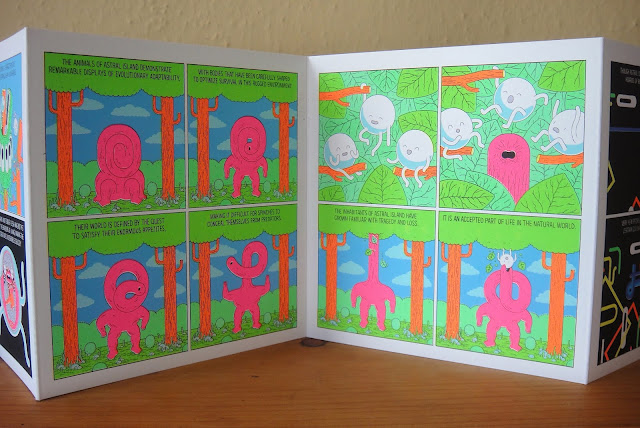 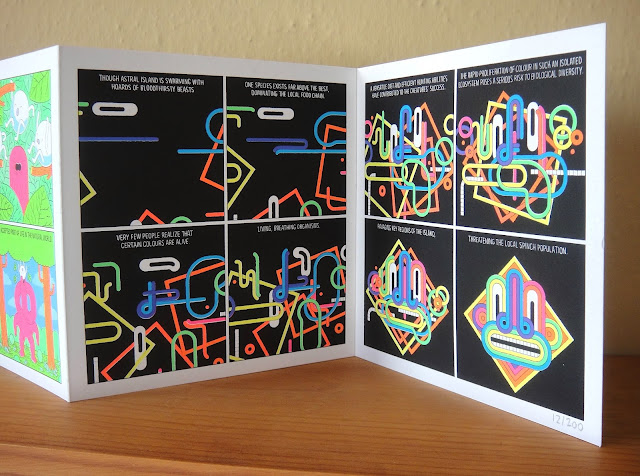 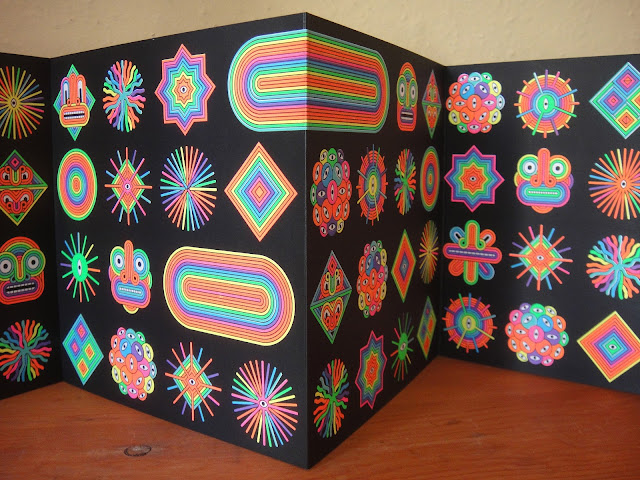 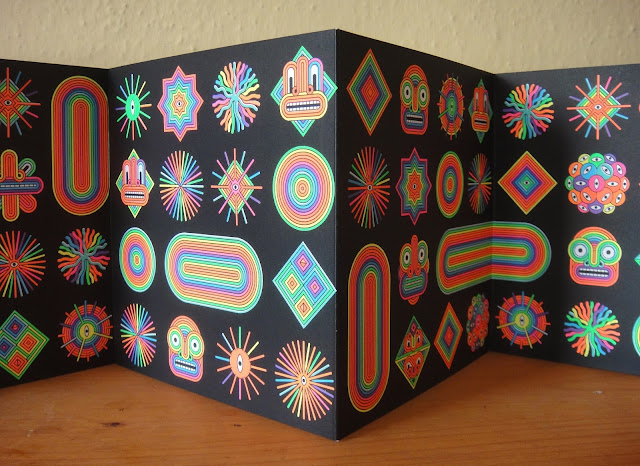 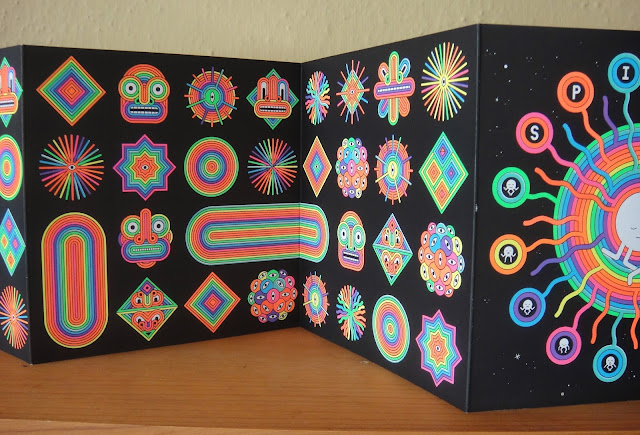 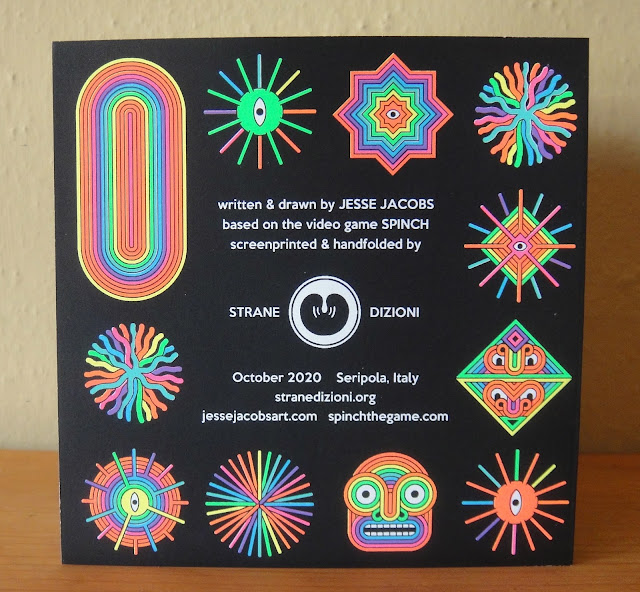