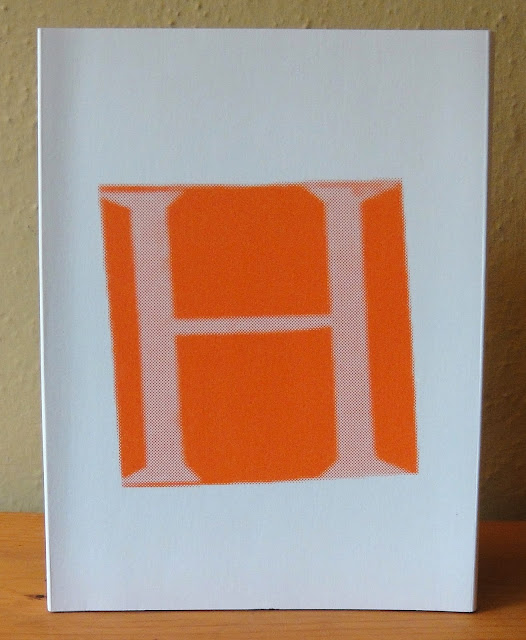 the slip cover for the accordion
Bernard Heidsieck (1928-2014) was a French pioneer of sound poetry, and as can be seen in this work he has combined the individual letters of the alphabet with musical staves to create an expanded musical & visual sound composition.
Bernard Heidsieck was born in Paris in 1928. A graduate of the Istituto Politico, he is the deptuy-manager of a large Parisian bank. He has been interested in sound poetry since 1955 and since 1962 in action-poetry. In 1955 the first "Poèmes-Partitions" and after 1959 use of the tape-recorder as a means of composition and retransmission. Between 1966 and 1969 he composed 13 "Biopsies", since 1969 23 "Passepartout."
This above short introduction to the man and his work by Steve McCaffery is part of a longer appreciation that can be found here:
UbuWeb Sound :: Bernard Heidsieck
26 pages, one-sided, individual pages 9" x 6.75" and when opened up 14' 7.5." 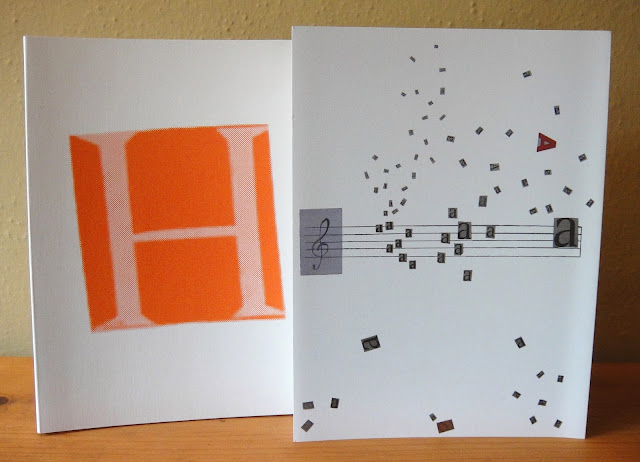 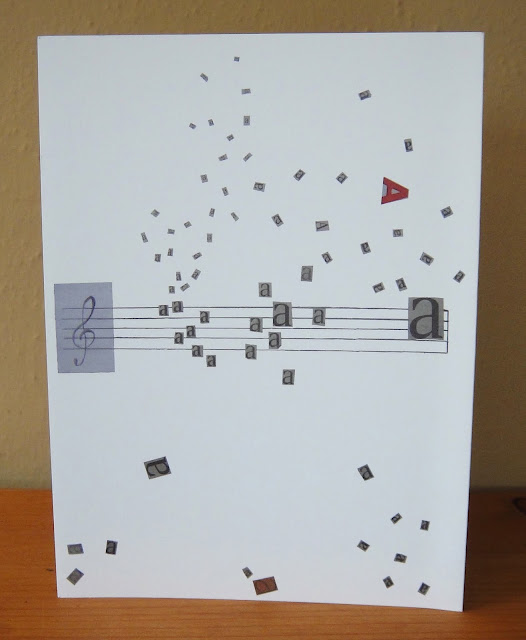 first page of the accordion 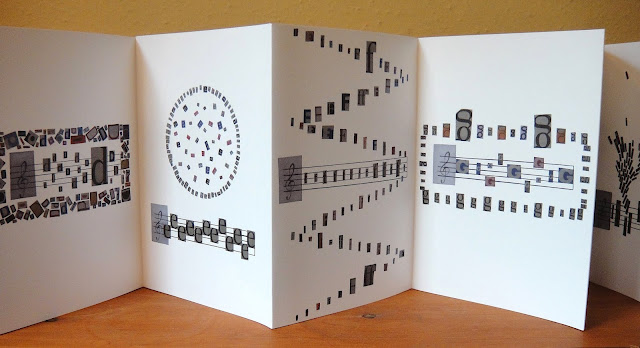 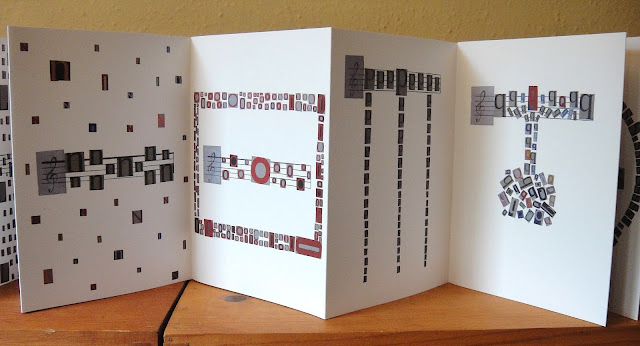 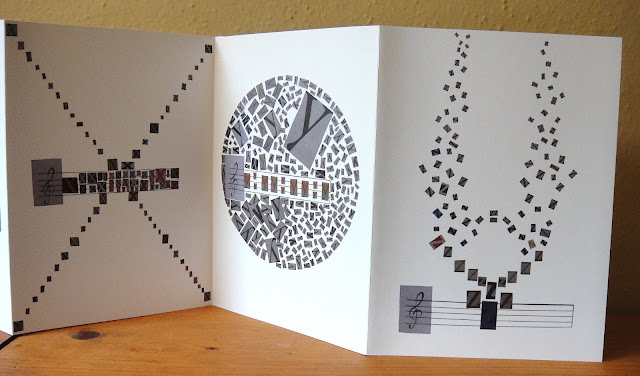 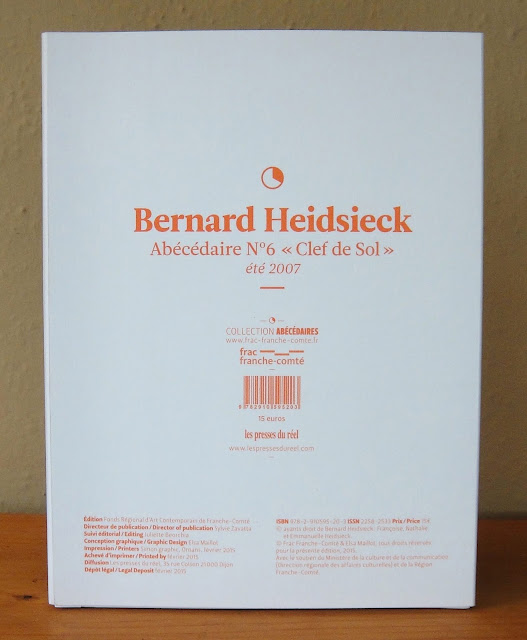