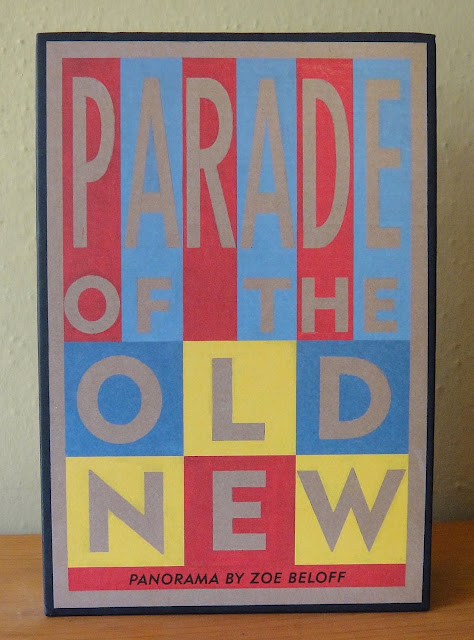 This is a substantial accordion at 19ft long, and it takes it's title from a 1938 poem of the same name by Bertolt Brecht. I'll let Beloff describe what she was trying to do with this sharp political and historical work:
"...now more than ever, we are not finished with the past and the past is not finished with us. The project was launched with Trump's inauguration and continued until he was defeated at the ballot box. It begins with the president's triumphal entry into Washington DC. Beyond stretches a country where the Mexican border wall meets Japanese internment camps from the 1940s at a vanishing point. It chronicles the desecration of public lands for profit, the battle of Charlottesville, the arrest of undocumented workers across the country and the detention of asylum seekers at the border. It illustrates the toll of COVID 19, the work of the nurses, the breadlines, young people painting "Black Lives Matter" mapping a road ahead, the storming of the Capitol and finally the flickering light of what might be a new beginning." [zoebeloff.com]
On the reverse side is a long essay exploring the themes in this work, and Beloff covers a lot of ground both artistically and historically, and she brings us up to the controversies of the contemporary moment. This is a substantial work and it's heartwarming to come across such an ambitious accordion that takes such a sweeping look at how we got to be where we are, and the seeds of hope for a better future.
38 double-sided pages, individual 9" x 6", and when fully open 19'. 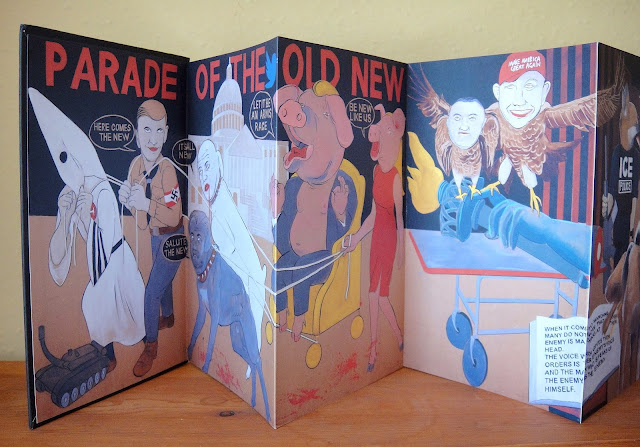 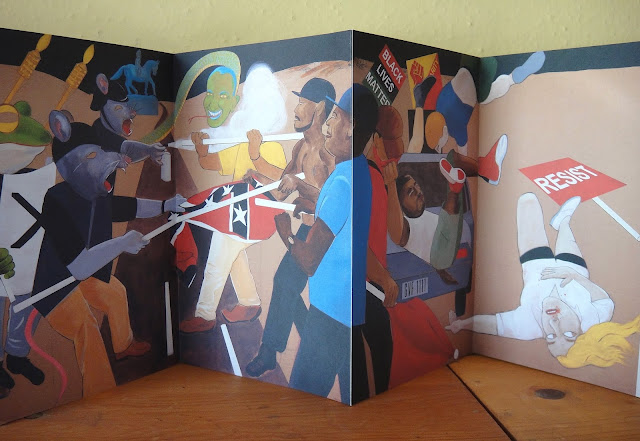 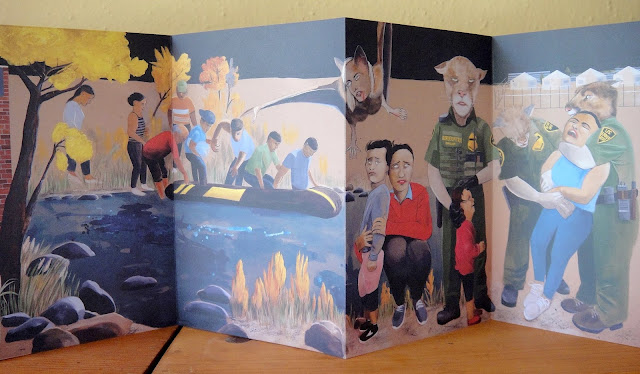 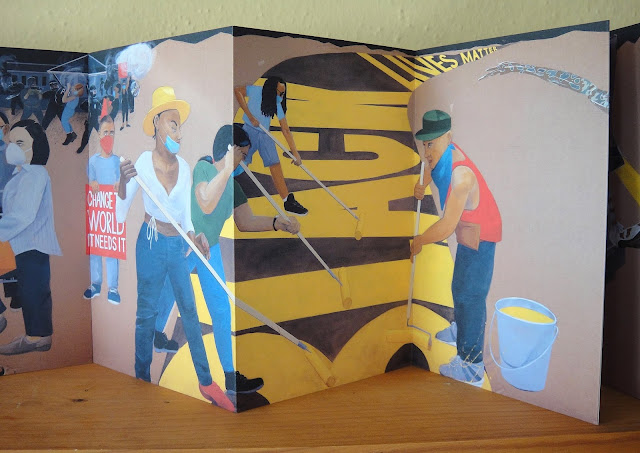 reverse side with essay 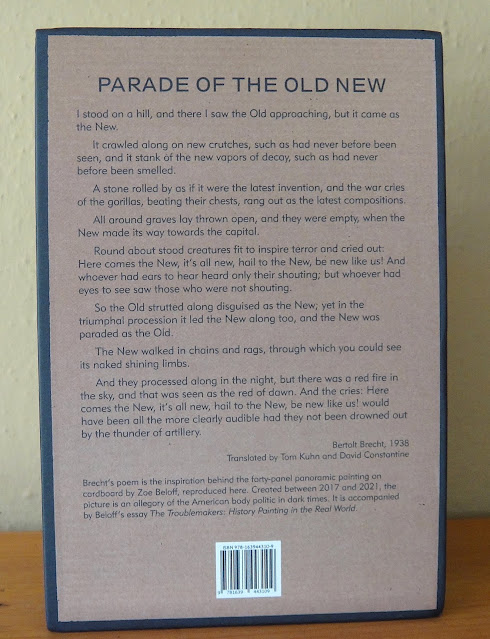