Edition rot was an artist's periodical that explored the emerging world of concrete poetry and the broader exploration of language and its various experimental forms that were happening during this period. This issue, dedicated to the pioneering work of Hansjörg Mayer is no exception, and the play on the number of this issue, 26, is also a play on the number of letters in the alphabet but it also reflects Mayer's deep concern with language and its presentation on the flat space of the white 'square' page. Active as a poet, typographer and publisher, Mayer also designed and printed Edition rot from 1960 to 1967, as well as editing/publishing his own Futura (1956-68, 26 issues) which explored similar territory and gave each artist the freedom to publish their language works in this poster-sized periodical as they desired.
By the end of the '60s Mayer, after a 1968 retrospective of his work, made the decision to give up creating his own poetry in order to concentrate on his publishing activities. Mayer subsequently worked with a number of experimental artists in this period, a particularly creative partnership was formed with the Icelandic artist Dieter Rot, and they would push all the boundaries in their experiments in bookmaking and publishing. Of his 'poetic' work the respected historian of this genre Stephen Bann had this to say about Mayer's work, "When he (Mayer) accumulates letters on top of one another it is not to represent loss of meaning but to intensify the visual density of his chosen signs. The significance of his work lies in the fact that he used the printed letter quite simply as material." (1967)
15 pages, double-sided, individual pages 5.75" square, and when fully opened 7ft 2.25". 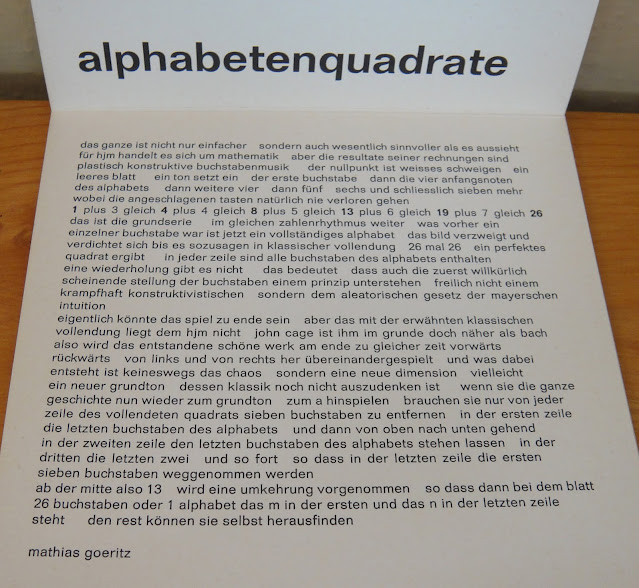 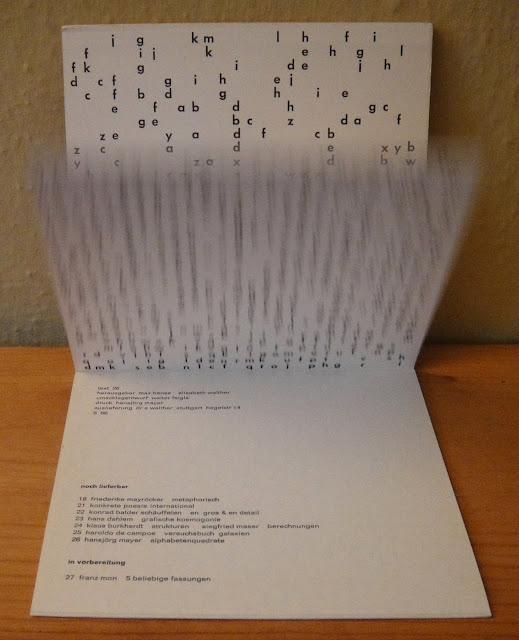