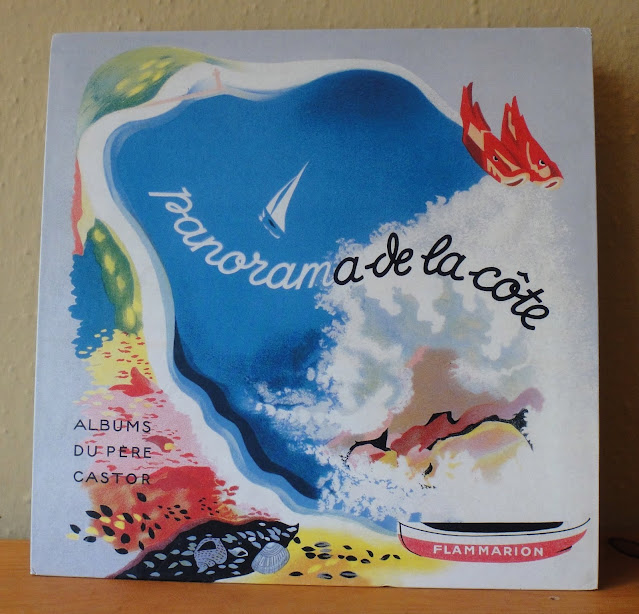 This accordion was one in a set of three that were designed by Alexandra Exter (1882-1949), a Russian born artist who emigrated to France in 1924 and established her own atelier in Paris.
A prominent figure in the early Russian avant-garde she had also lived in Paris in the early years of the century where she met many of the avant-garde artists of the time, including the Cubists and Futurists and she took their ideas back to Russia when she returned home. A successful painter during this period she took part in numerous exhibitions across Russia, France and Italy.
Some years later she began working in the theatre creating costumes and stage design and her innovative ideas enlivened the stage scenery of the period.  She would later move into fashion design as well. Alexandra held assorted teaching positions throughout her career,  including Moscow's Higher Artistic-Technical Workshop (VKHUTEMAS) and in Paris after she emigrated she was a professor at Academie d'Art Contemporain, a free art school established by Fernand Leger and Amédée Ozenfant in 1924.
Alexandra was working as a book illustrator for the Flammarion publishing company and I'm assuming this is how she came to pitch the idea for these three panoramic accordions. Commentators on her work speak about discovering elements of her painting style in these illustrations, and that the sense of scale and geography was influenced by her stage designs and their use of space. Either way the illustrative style she used for this work complements the issues involved in displaying a large expanse of seascape and landscape, and with the images and texts on the back giving more detailed information about this coastal geography.
10 pages, double sided, individual pages 9.75" (h) x 9.75" (w), and when fully open 8ft 1.5". 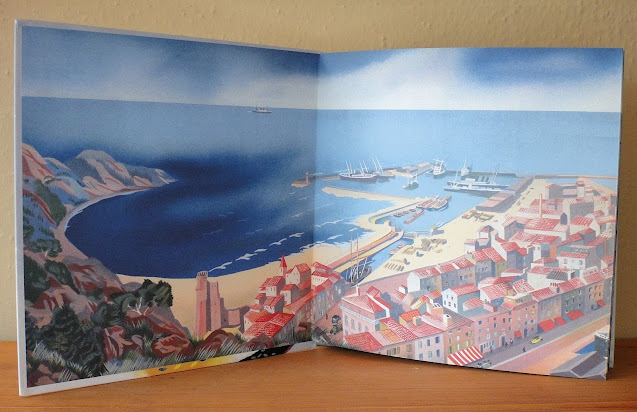 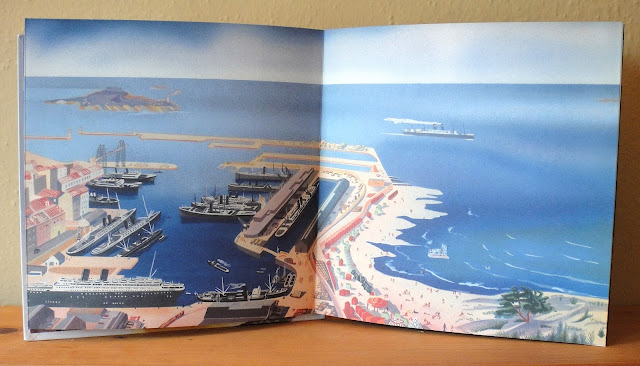 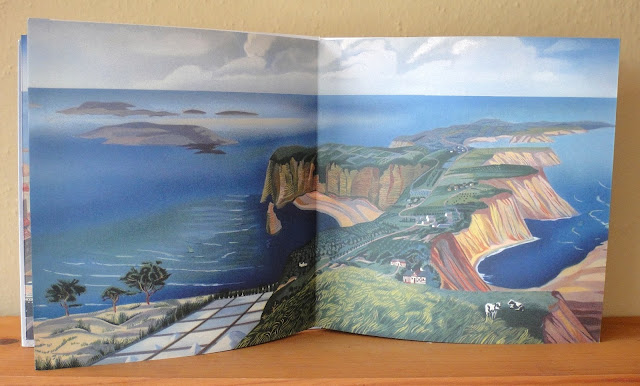 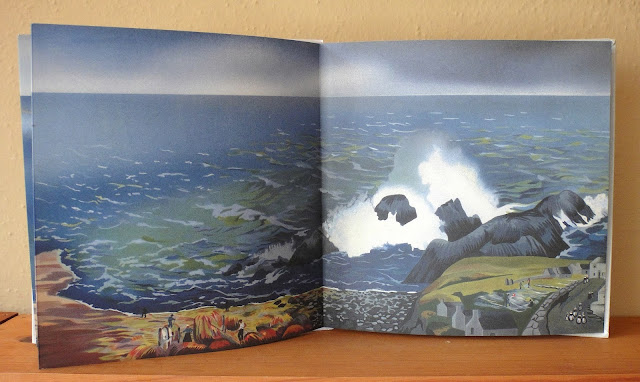 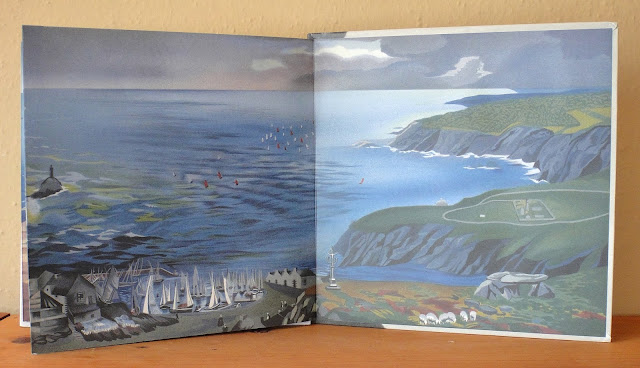 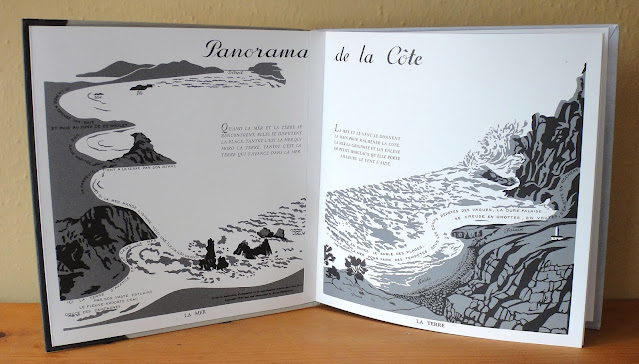 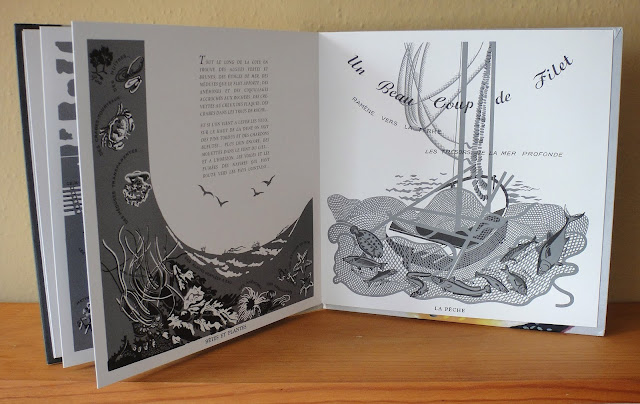