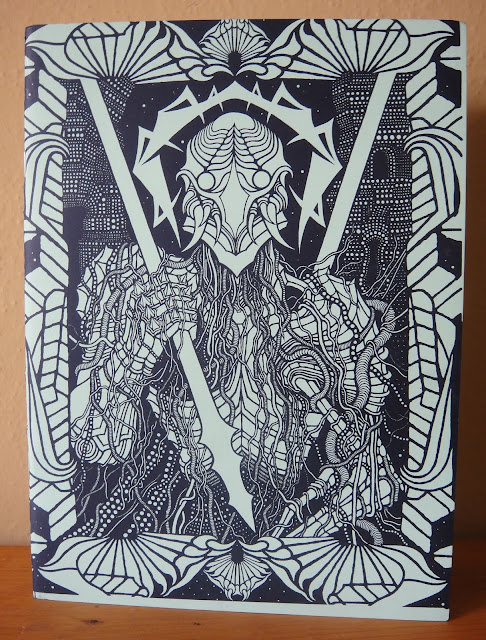 Strictly speaking this is not really an accordion, however in 2 sections when the folded pages are opened up and they join together, it does create an accordion effect. Sam Rictus is the nom de plume of Samuel Guillet who was born in France in 1980. Introduced to the silkscreen process by the folks art Le Dernier Cri, he's since then produced a number of books and prints in his trademark dense style, all depicting fantastic creatures.  Of his work he says:

"My fascination for the fantastic and the monstrous was expressed by the drawing which allowed me since childhood, to invent my own creatures and mythologies.
My drawings are a series in which the different characters form the bestiary of a dark imaginary world, composed of tribal constructions and architectures, from the depths of the ages, populated by camouflaged fauna, inserted in landscapes whose elements: stone, earth, plant seem to be in fusion. This magma exudes a bustling vitality despite the frozen line of the image and its impenetrable appearance at first glance.
The spectator gradually enters this world of folklore and cults archaic, and distinguishes its composition step by step, as if he were exploring an unknown, wild world…
My subject joins the technique, which is also abundant: I draw improvisation, starting my image at various places on the sheet, without knowing where I'm going, the shapes emerging as the drawn areas meet". 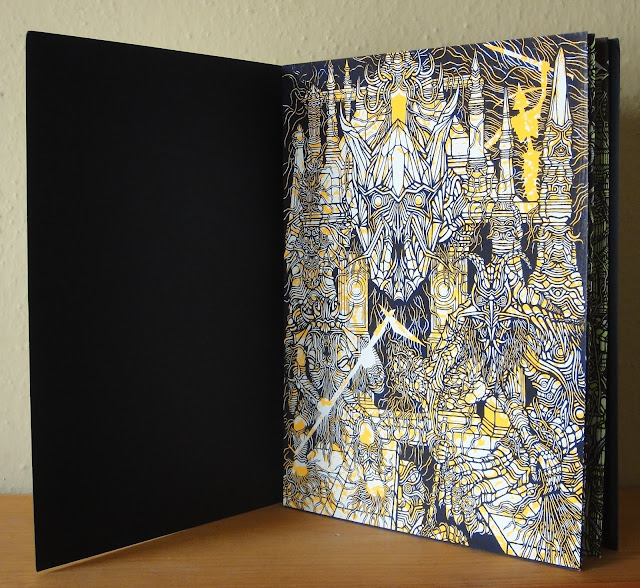 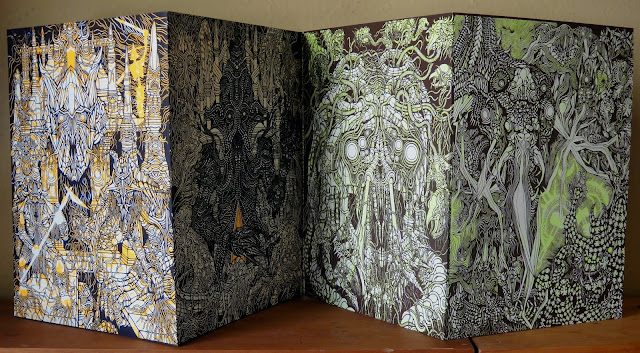 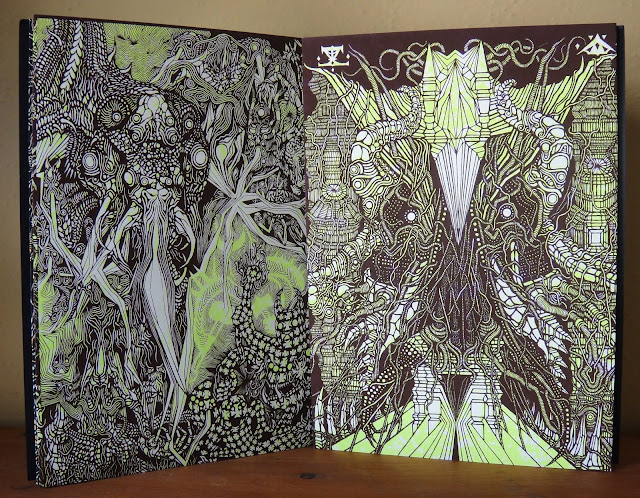 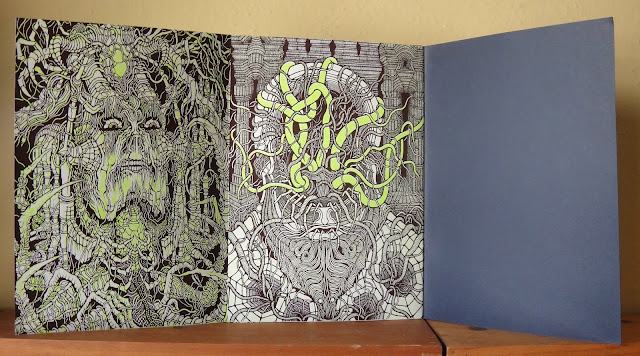 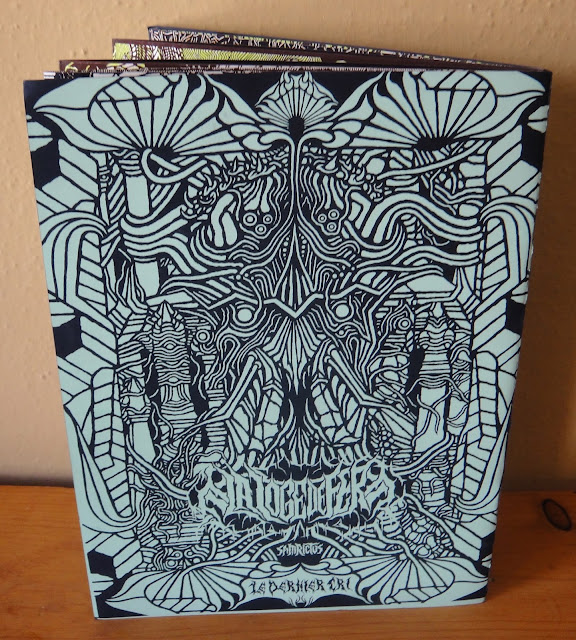