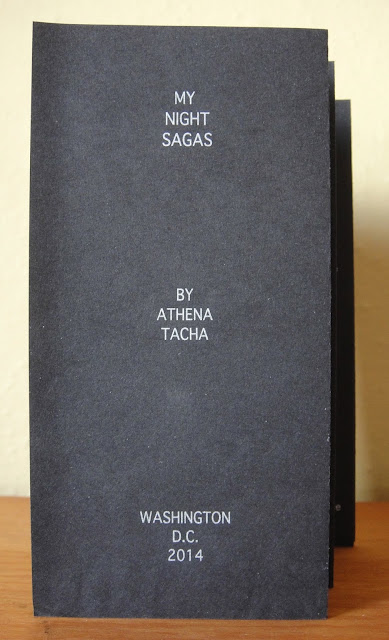 A fascinating accordion by this accomplished multi-media artist who was one of the pioneers of environmental site-specific sculpture, with over 40 public art commissions completed across the USA.

This accordion is one in a series of over 26 "pocket booklets" that she started in 1972, in which she records the intimate details of her life and experiences. This particular one lays out in detail her difficulties sleeping, and the varied ways in which she has dealt with this problem. It's actually really interesting reading, and I'm sure we can all relate to particular aspects of her 'night sagas'! 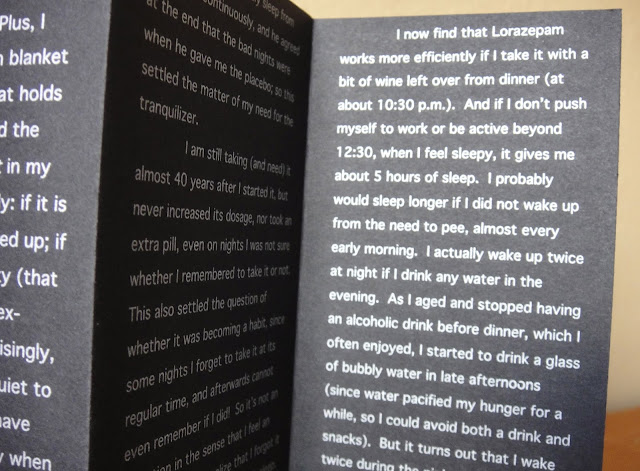 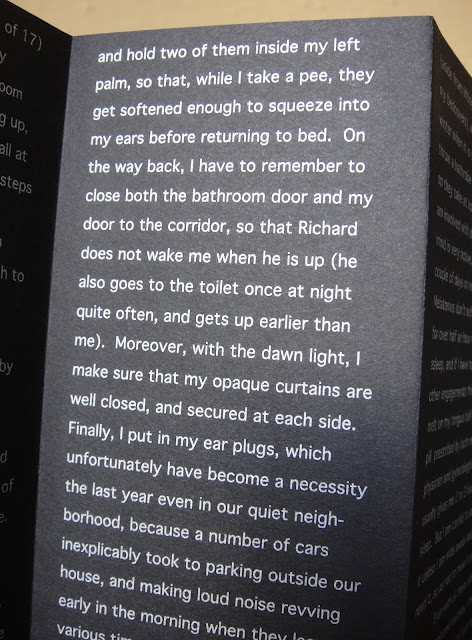