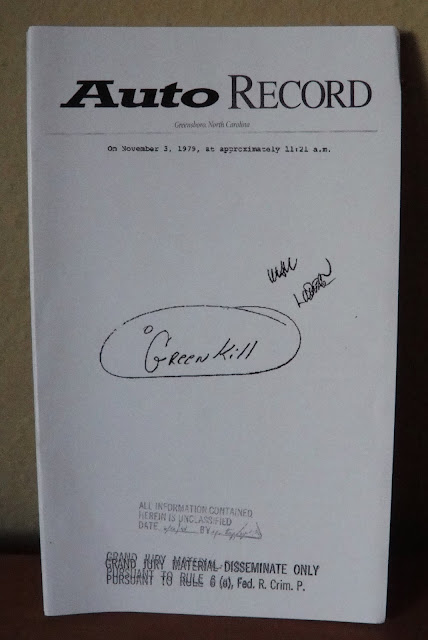 I'm going to let the following article from the Davidson College (North Carolina) journal serve as the introduction to this really smart politically oriented accordion.


Starr put together “Auto Record” as a response to a 1979 tragedy in Greensboro that remains controversial even today.

Assistant Professor of Art Tyler Starr will exhibit work in the Greensboro, N.C., edition of "Art in Odd Places" November 1 and 2. Initiated nine years ago in New York City as a public art and performance event, this will be the first year for the event in Greensboro.

Starr's work will be the only one that asks them to further consider a Greensboro tragedy that continues to polarize the city more than 30 years after it occurred. He is printing about 650 booklets titled Auto Record that will be free for the taking in ordinary outdoor newspaper racks located beside a tavern and the International Civil Rights Museum. The 50-inch by 8-1/2 inch broadsheet is folded into 10 panels and monochromatically printed on both sides with images of cars involved in The Greensboro Massacre of November 3, 1979

On that Saturday morning, a confrontation erupted between a caravan of Ku Klux Klan members and Communist Workers Party members gathering for an Anti-Klan parade through the city streets. At one point all the cars stopped and a brawl ensued as people spilled out of their cars. It quickly escalated to use of firearms. Five CWP members were mortally wounded by gunfire. The melee was captured on film by journalists and detectives who were following the caravans. The FBI conducted a thorough investigation, and in 2005 a Truth and Reconciliation Commission was established to study it. But no one involved was ever convicted of a crime, and the incident has remained controversial ever since.

Starr has based his pamphlet on FBI archives that have been unclassified and are now available online. He explained, "Auto Record is my attempt to contribute to the conversation by presenting facts about cars involved. I've tried to digest thousands of pages of FBI documents, which include facts relating to weapons used, the vehicles that carried the weaponry, bullet holes in the cars, and biographies of the five individuals killed."

He continued, "My presentation is as neutral as reportage can be. It's a dead-pan interpretation that doesn't take sides or assign guilt. I think I'm sensitively acknowledging the loss of life on that day, and offering a useful, condensed visualization of the incident."

Using a combination of collage, stencils and drawing, Starr presents on each panel a side view of one of the cars. Since they were models from the late 1970s, he scoured used car sale magazines to find the images he needed. Various panels are also printed with text from the FBI reports, images of the guns involved, and bullet holes in the cars. No human figures are depicted.

Starr was raised in the Northeast and had little knowledge of Greensboro until he read the exhibition's call for entries. In researching the city, he found out about the confrontation, and recognized the extensive use of numbers by groups that investigated it. He said, "Numbers kept popping up - 88.3 seconds for five people to die, 33 shots, six of which resulted in death or injury, 11:21 a.m. in morning, the serial numbers and calibers of the guns."

He continued, "My work in general is inspired by conundrums. When you look at messy issues like the Greensboro Massacre, you find that the solution is rarely 100 percent satisfactory. I take them on in a spirit of humility, because my artistic attempts to grasp some understanding of these convoluted issues also inevitably fall short."

The Art in Odd Places exhibit is occurring concurrently with the Southeastern College Art Conference at the University of North Carolina Greensboro, where Starr will sit on a panel and discuss his creation of contemporary landscapes.

He is in his second year of teaching printmaking and drawing at Davidson. He earned his MFA in 2002 at the University of Minnesota, then spent seven years in Japan studying contemporary approaches to traditional Japanese woodblock printing. He received a Ph.D. in studio arts in 2011 from the Tokyo University of the Arts. 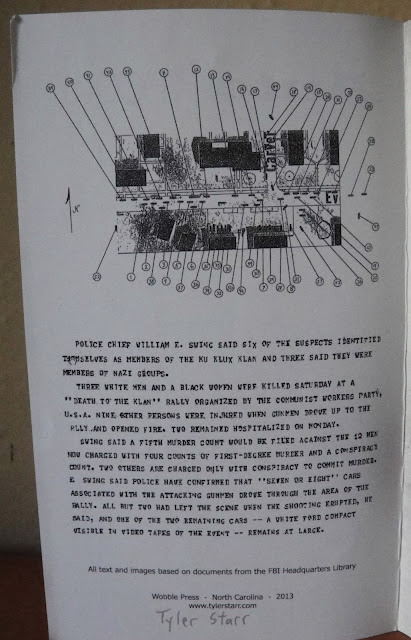 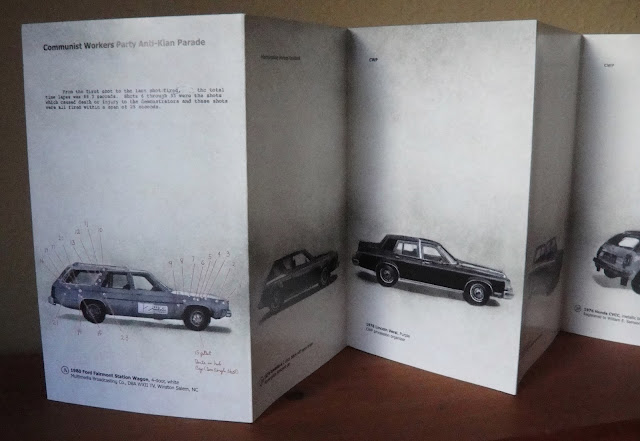 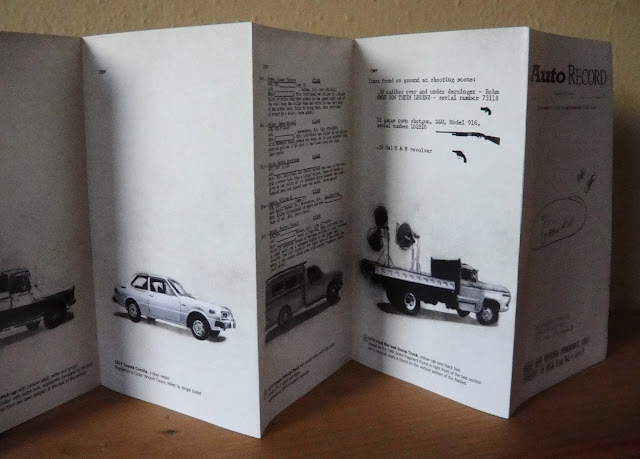