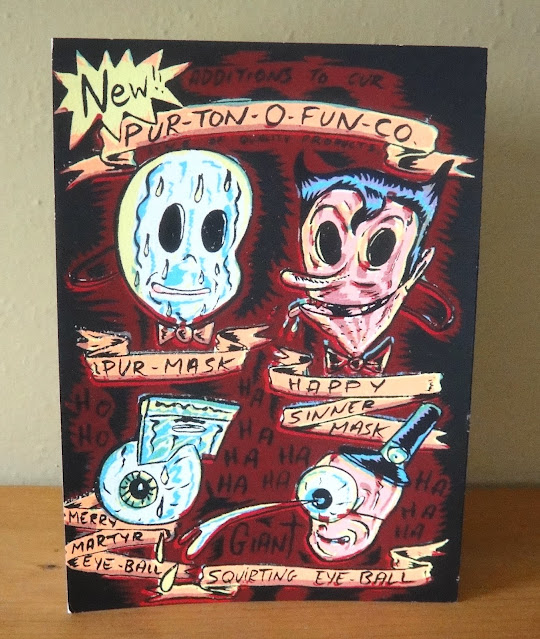 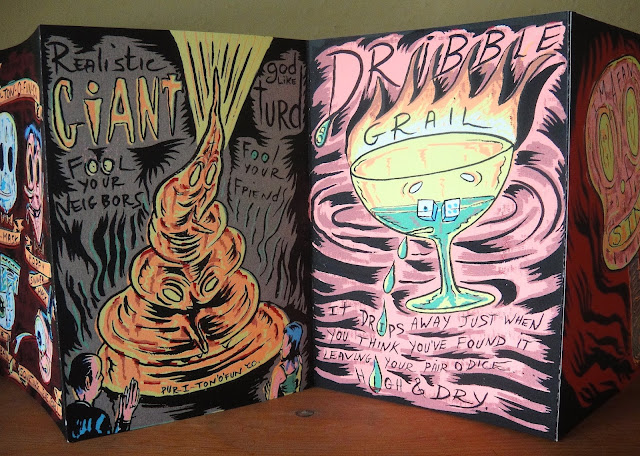 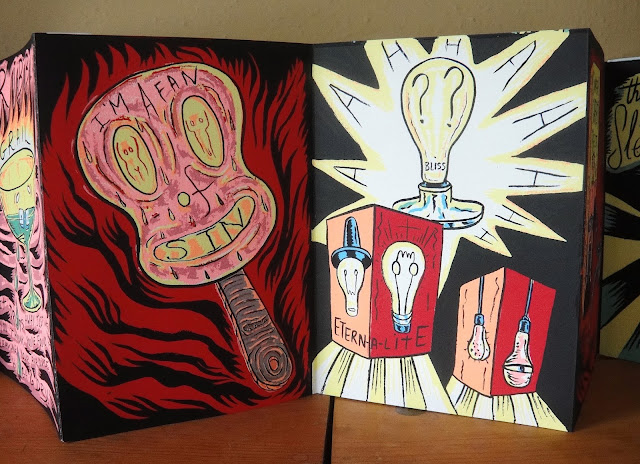 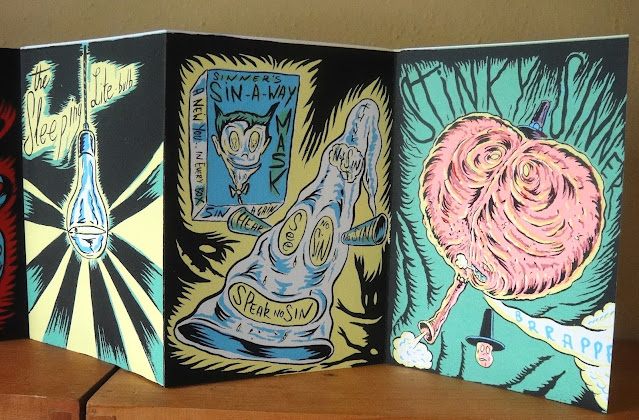 reverse side of work 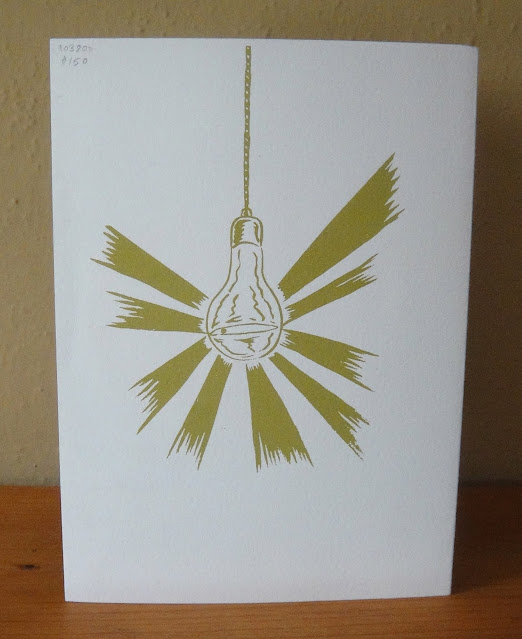 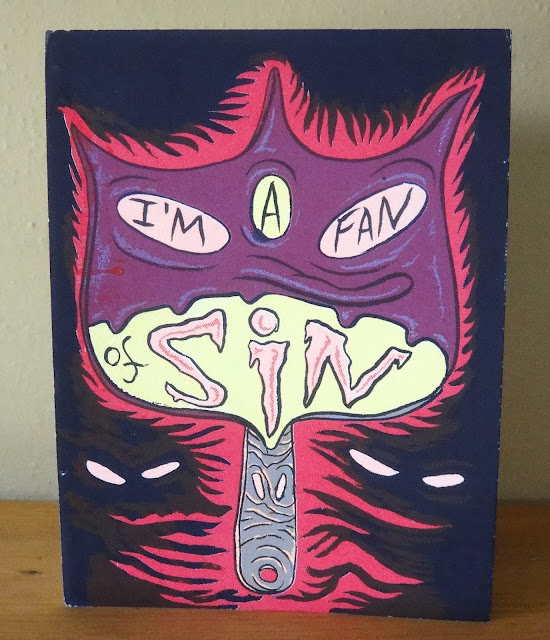 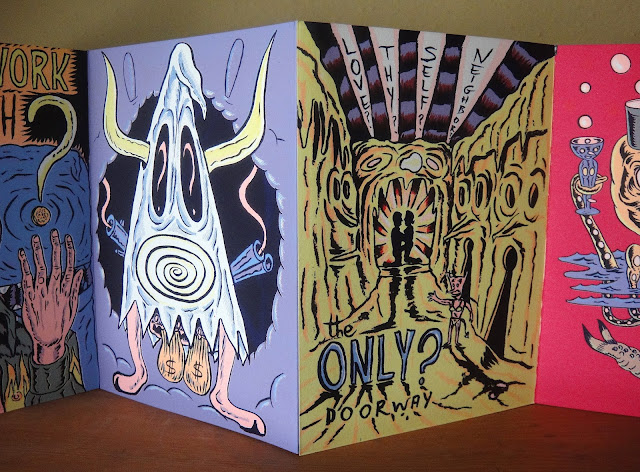 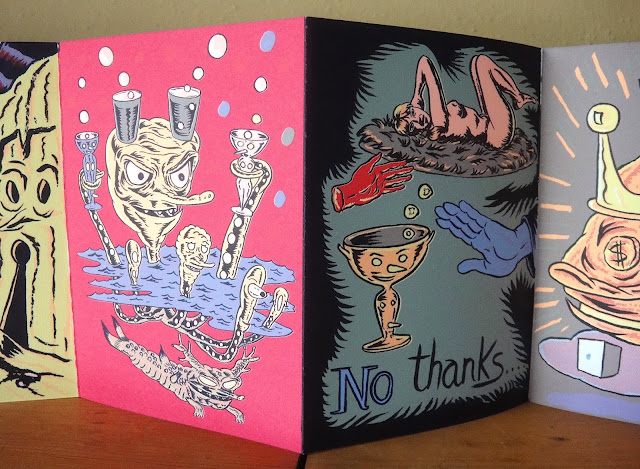 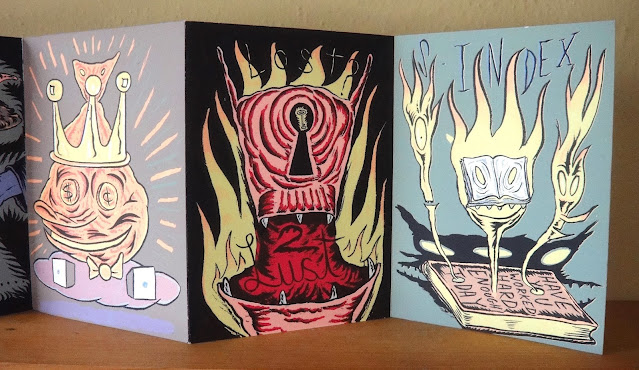 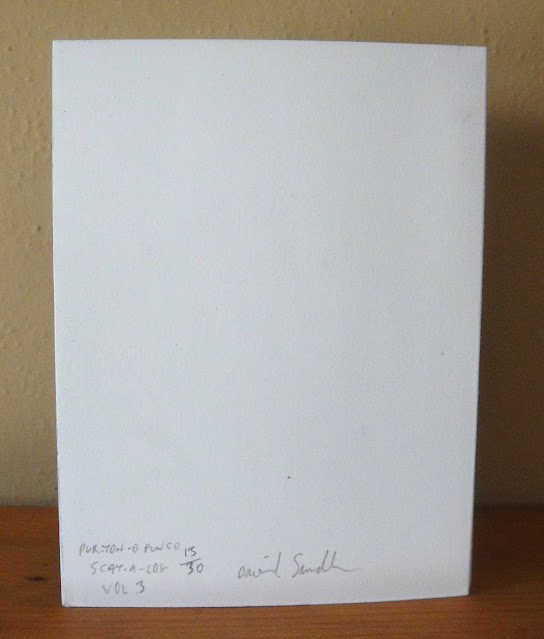 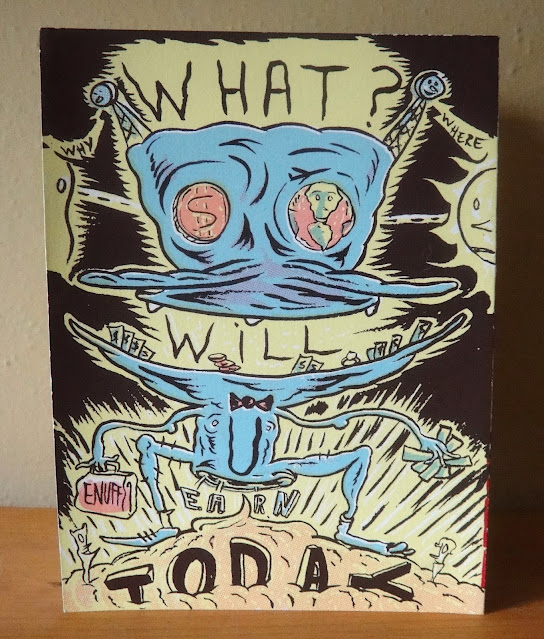 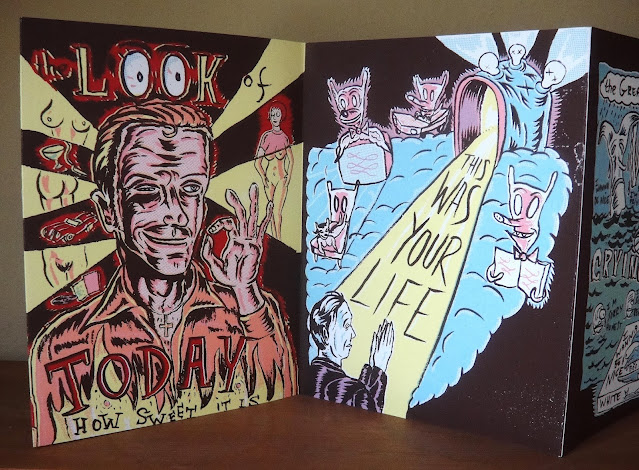 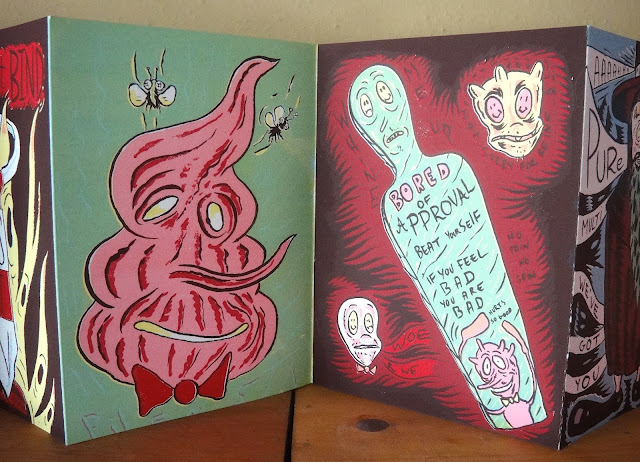 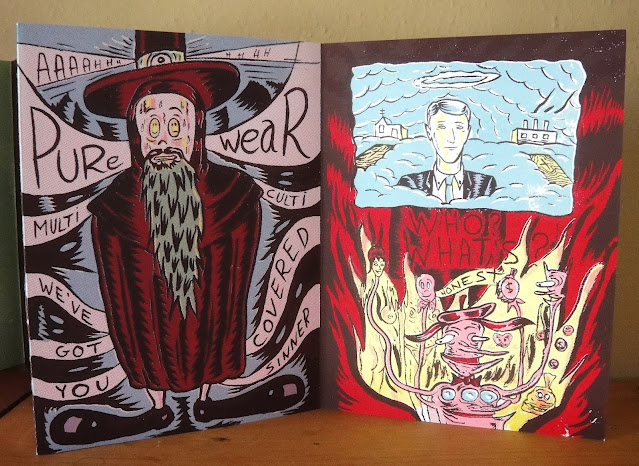 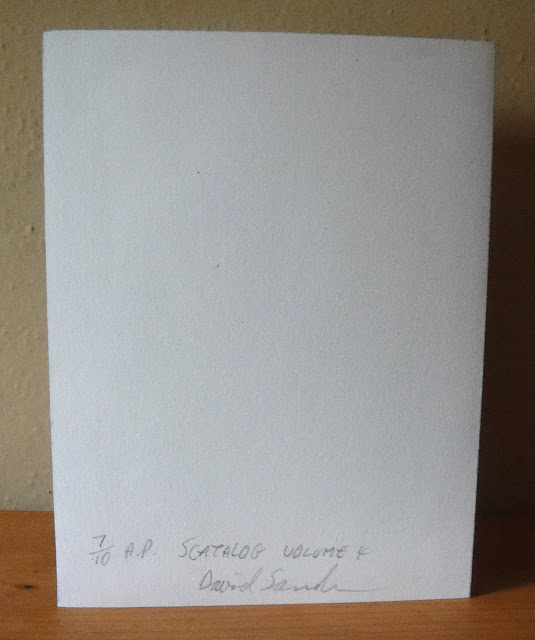 back cover
These are three really wild and gritty silkscreened accordions that reveal the underlying simplicity of the accordion format as a simple sheet of printed and folded paper. There's a real sense of tactility and 'thingness' as you hold these lively and energetic works in your hands.
Sandlin was born in Belfast in 1956 to an Irish mother and an American father who was an army veteran from rural Alabama. In 1972 at the height of the civil unrest in Northern Ireland the family moves to the USA to Birmingham, Alabama. Later, Sandlin attends the University of Alabama, Birmingham and soon after graduating in 1979 he moves to New York where he's remained ever since.
All three of these works are hilarious takedowns of the Protestant philosophy (Puritan-Ton-Of-Fun-Co) and the characters are all haunted & tortured in varying degrees by the temptations of the devil and his invitation to a life of sinfulness. This is rich material and Sandlin's developed a really edgy style that increases the torque and effect of these works' messages, all of which are dashed through with a refreshing dose of humor. A similar aesthetic can be seen in the many artists' books that Sandlin has published with a similar biting and critical point of view.
In a statement from 2008 Sandlin addresses the themes in his work, "My obsession with exploring American Puritanism was already full-blown by the time I went to college, where I'd go to sleazy country music clubs...and see people who would just go absolutely crazy drinking and carousing on Saturday night, then get up and go to some little Baptist church the next morning and get born again."
All three publications consist of 9 silkscreened single-sided pages, with individual pages measuring 9.25" x 7" for Vols. 3 & 4, and for Vol. 1, 9" x 6.5". When opened up the first two works measure 5' 3" and Vol. 1, measures 4' 10.5" . Note: Vol. #1 has work on both sides of the piece, while the other two are both one-sided.
Posted by box of water at Thursday, October 14, 2021