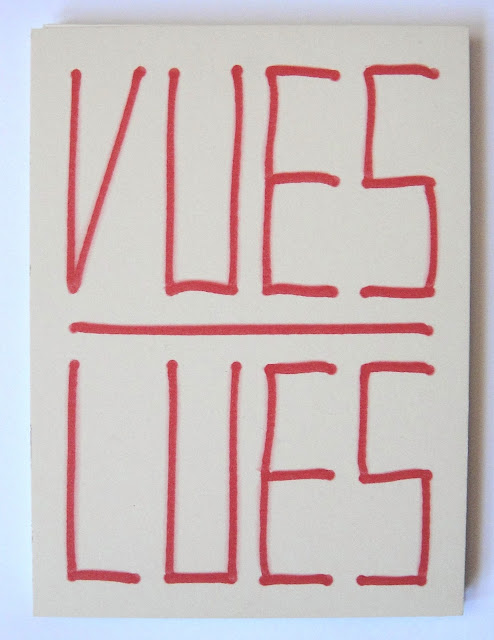 When I first got this accordion and took a look at it, I thought "what the hell," thinking that it was just a bunch of tourist postcards in a faux album, and in a variety of confusing orientations — I couldn't make any sense of it at all! So I did a little research and discovered two really cool other books that Bataille had published (both below). The first one titled ABCD (2008) was a clever alphabet book that when the reader opened a page it activated a folded letter to pop-up fully formed between the pages. The second book 10 (2011), also required the action of the reader, but this time when the pages were opened the folds revealed not only a number on the front, but a descending number on the back from 10-1, very smart stuff!
So, it became clear to me that Bataille was playing with pages in a rather unique and technically sophisticated manner. And then somewhere I read that Vues/Lues was also an alphabet book. It was only then that I both saw and read what she was doing with this accordion. It's an accordion in which she has sequenced these touristy postcards using the predominant shapes in each card to create the letters of the alphabet! This book though, was much simpler technically than the others, and is really a conceptual book. However, it also fits neatly within the arc of Bataille's exploration of the nature and form of the book, and especially the page itself.
12 double-sided pages, each 6" x 4", and when fully opened 4' 4". 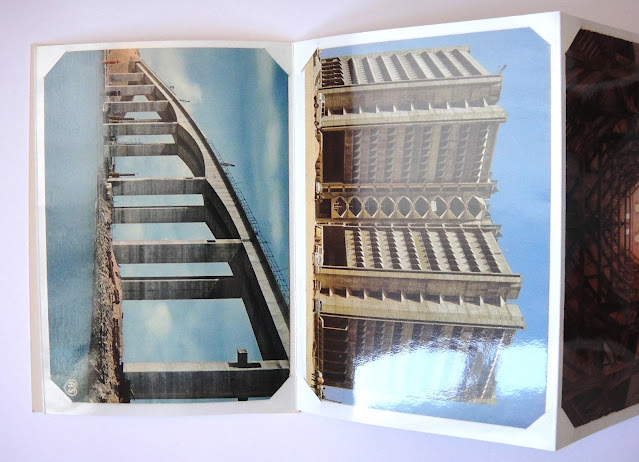 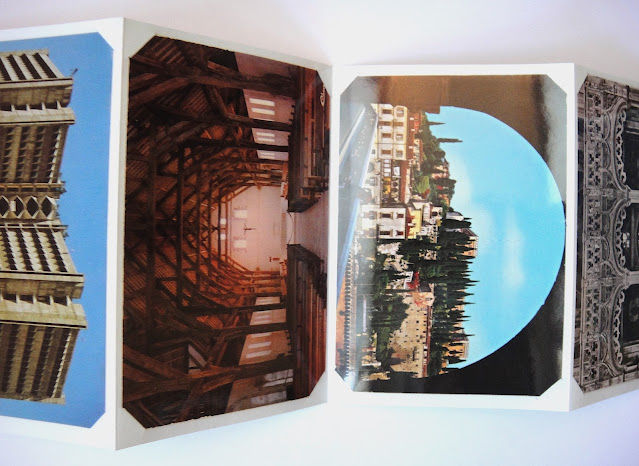 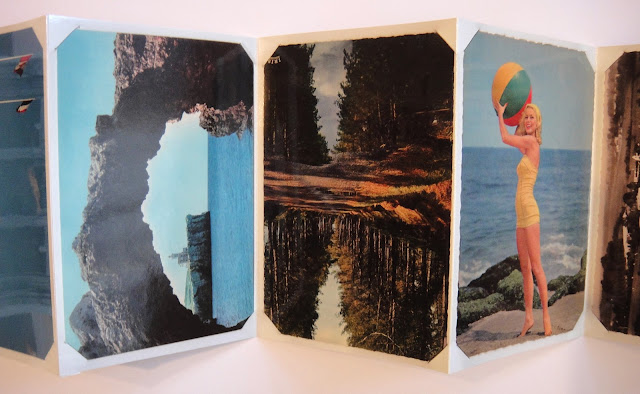 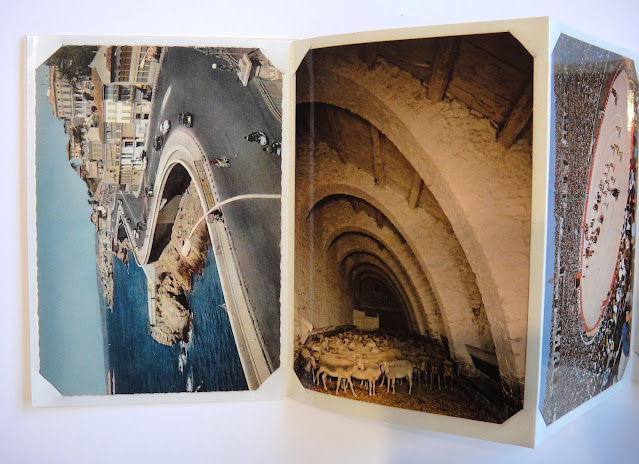 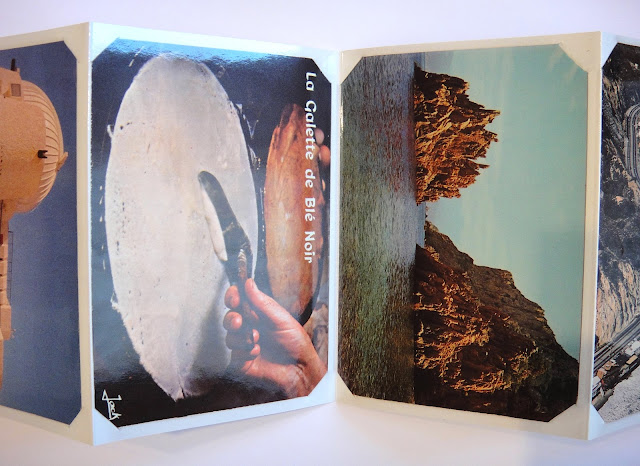 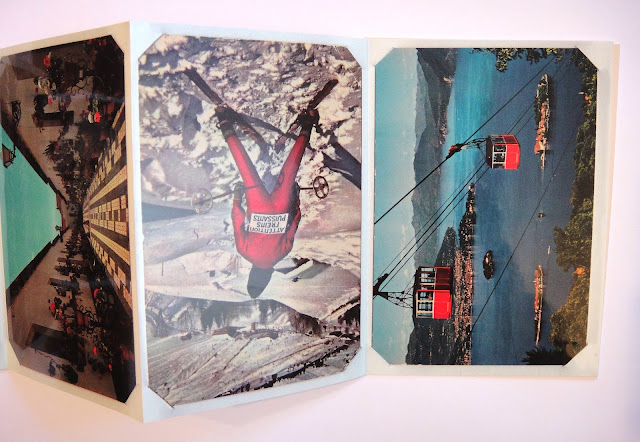 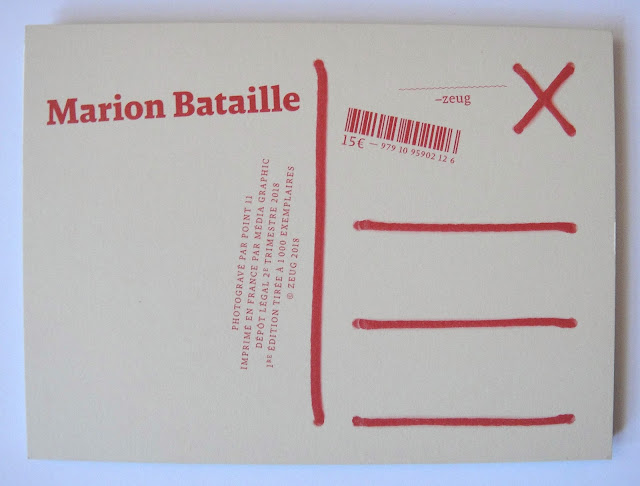 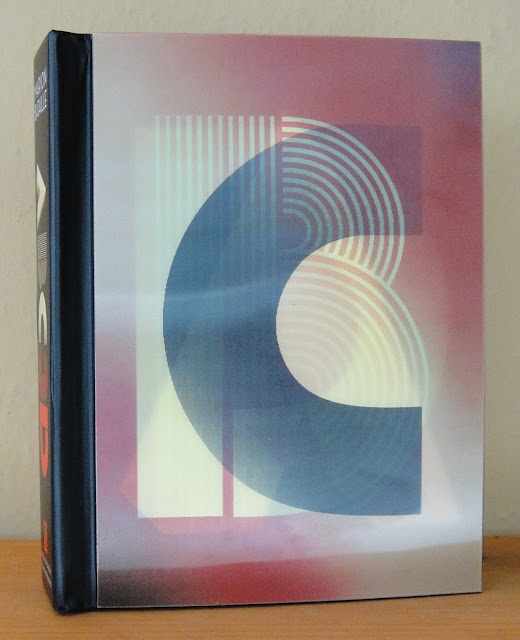 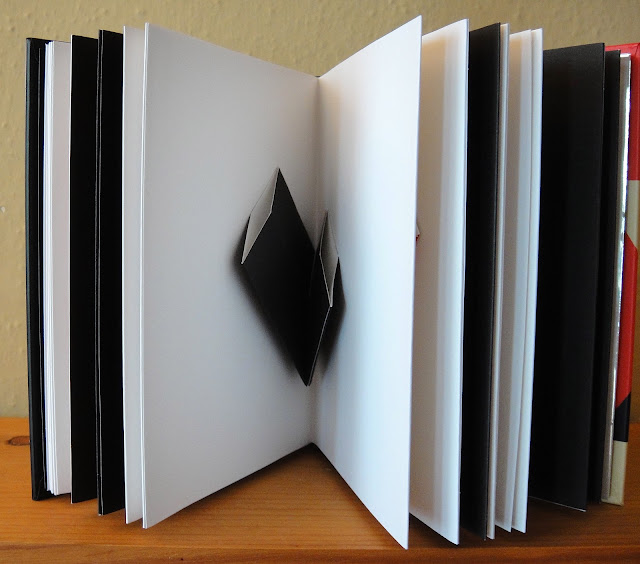 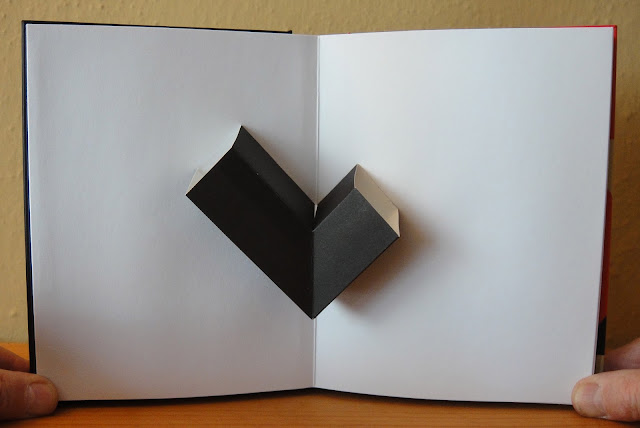 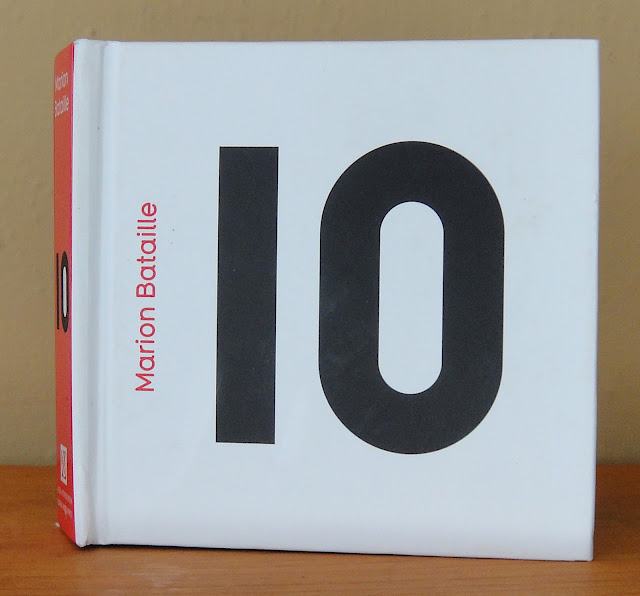 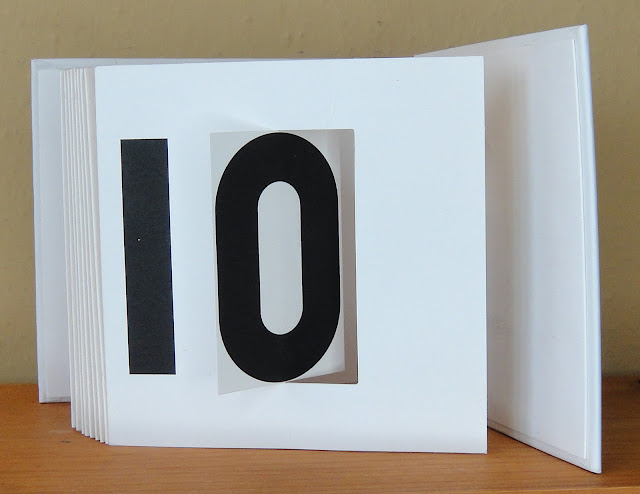 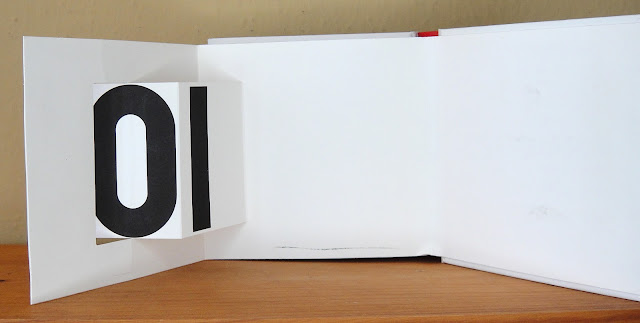