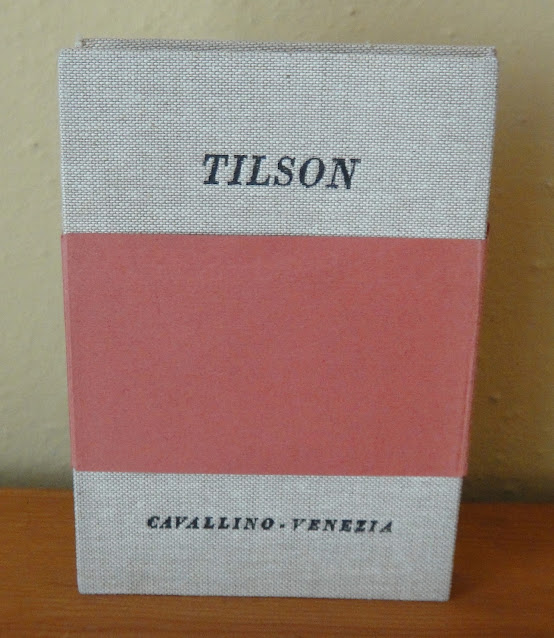 I was really excited to come across this wonderful accordion by the Brit artist Joe Tilson. A prominent member of the British Pop Art scene in London, he enjoyed enormous success, later reflecting "...I loved it, because I was young and cocky and good and felt I deserved all that. Then it all went away. You can't work too closely to fame...". Later in the decade (1960s) he turned to explicitly political subject matter in response to the war in Vietnam.

At the beginning of the 1970s Tilson and his wife moved out to the country, and a new language of ecology enters his works, with a parallel interest in Greek myth, and the idea of the labyrinth. These new interests were also in reaction to his more recent political period, from which he had concluded  that "...politics was not the way forward. It was very brief and a complete waste of time. Mixing art and politics is a bad idea: I was stupid and young".

Many of the individual images in this accordion can be found in Tilson's similarly named print series "Proscinemi Oracles," (1975-78). I take the title to mean the 'place, or theatre, or space of the oracles,' and like the prints, certain images recur including photographs of hands, shoes, as well as labyrinths and pomegranates. Both these sets of work address issues around our relationship to the earth, all framed within the larger world of the wisdom of the ancient oracles.

This accordion is one in a great series titled "Cahiers de Poche" (pocket notebooks) published by Cavallino Edizioni D'Arte (1934-2010). There are 21 accordions in this series, and with their matchless technical excellence its no surprise there are only a few available for purchase. For a full list: 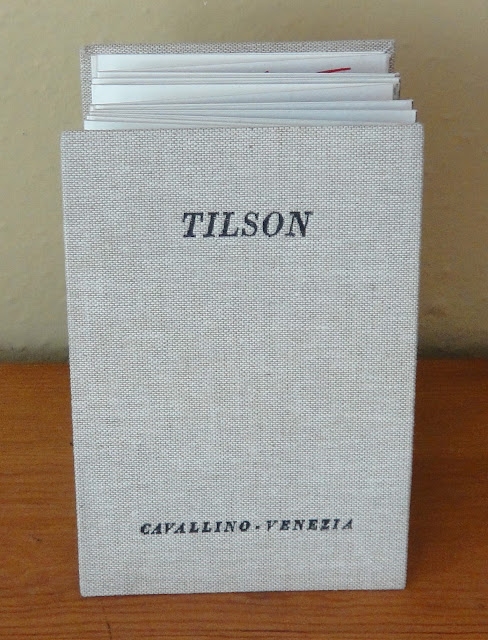 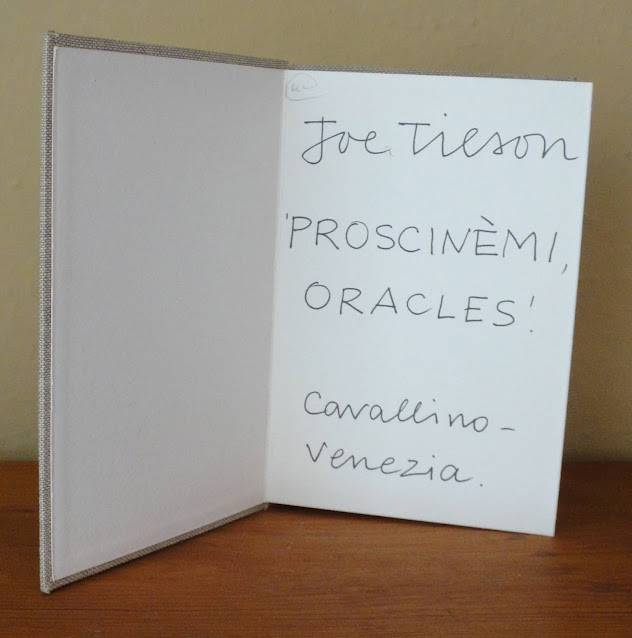 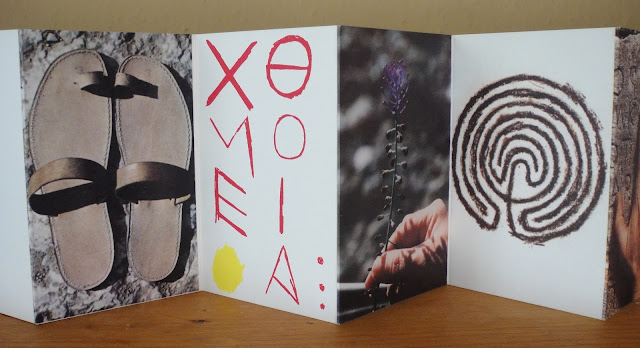 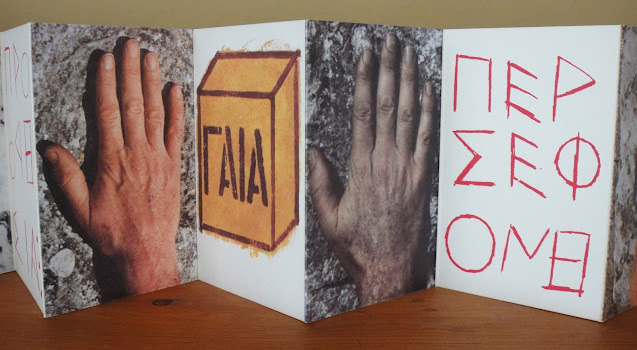