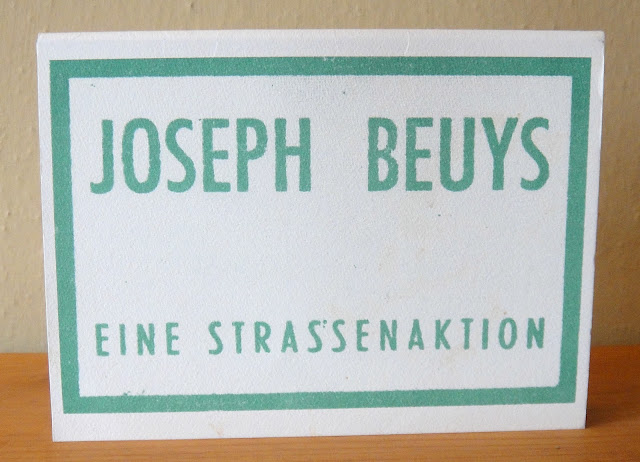 I was doing some research for a new show of postcards published by Edition Staeck of Beuys and his works, and I came across this cool accordion. While not exactly a genuine Beuys multiple, since he died two years before its publication, nevertheless its an interesting piece in itself, and can be considered more a piece of documentation. However, Beuys did publish a much more elaborate multiple from this action in an edition of 100.
The photographs by Bernd Jansen document Beuys performing the action in the street in Koln on June 18, 1971 in which he can be seen discussing his ideas about direct democracy. I'll let the following quote from Matthew Gale of the Tate Modern flesh out the larger context in which this work took place. (Joseph Beuys at Tate Modern London - Artmap.com)
"Beuy's activities became explicitly politicised in the 1970s. A series of confrontations with the Academy of Art in Dusseldorf over the number of students he could admit to his class led to wider questions about accessibility and the relationship between ordinary people and authority. In 1971 he founded a Free Academy and the more overtly political Organisation for Direct Democracy through Referendum. Beuys argued that social decision-making should be made by the people through referendums rather than elected political parties...Later he became involved in the German Green Party and organised the planting of 7000 oak trees around the city of Kassel."
8 single-sided pages, individually 6" x 8.25" and when fully open 4ft. 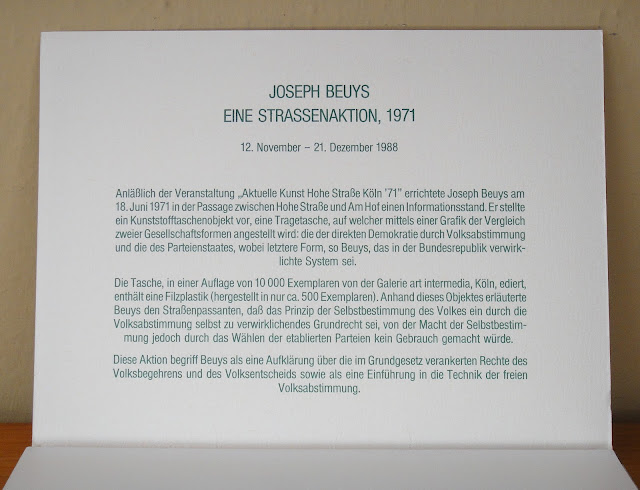 Gallery statement about this accordion 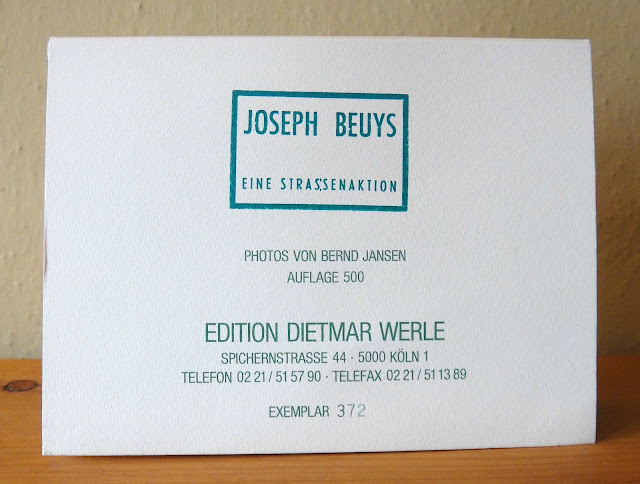