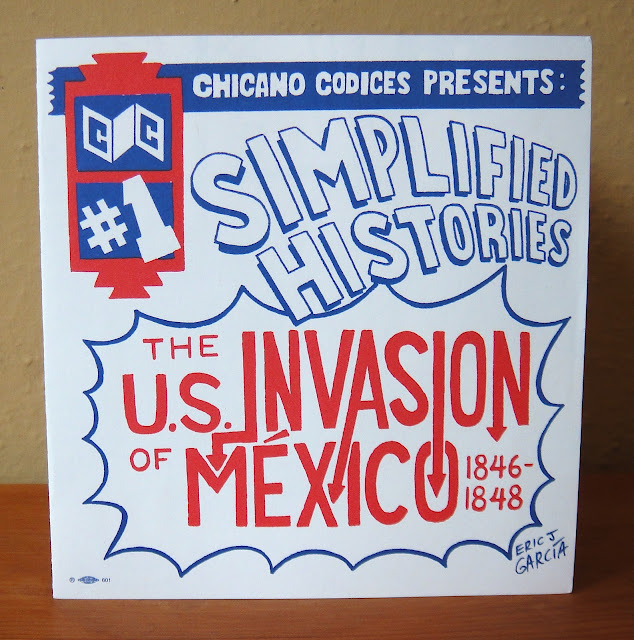 A succinct visual representation of the Mexican American War from an activist artists' Chicano perspective who states that he "...uses history and a graphic style to create political art that confronts our understanding of the present." A copy of this accordion is in the collection of the Smithsonian Art Museum and the following text is from that institution's description of this work:
"The history of Manifest Destiny, the idea that the United States was destined to inhabit a large swath of North America "from sea to shining sea," is a central theme for Chicano artists. The Mexican American War (1846-1848), which resulted in the United States annexing former Mexican territories in the Southwest and what would later become California to the U.S., is a recurring historical marker for Chicano artists. Like the RCAF (Royal Chicano Air Force), Eric Garcia turns to a lauded historical moment and inverts its public reception. The artist's personal experience as a member of the U.S. Air Force who was stop-lossed—given an involuntary extension of his active-duty service—led him to portray military critiques throughout his artistic career. In Chicano Codices, he uses the ancient and colonial accordion-style book form, the codex, and sequential art to reimagine this military history and critique the "victorious" U.S. through its common personification: Uncle Sam."  Source: Chicano Artists Challenging History and Reclaiming Cultural Memory   | Smithsonian American Art Museum
For further information about the Royal Chicano Air Force (RCAF) see:
Royal Chicano Air Force - Wikipedia
5 double-sided pages, individual pages 5.75" x 6", and when fully opened 2ft 4.5". 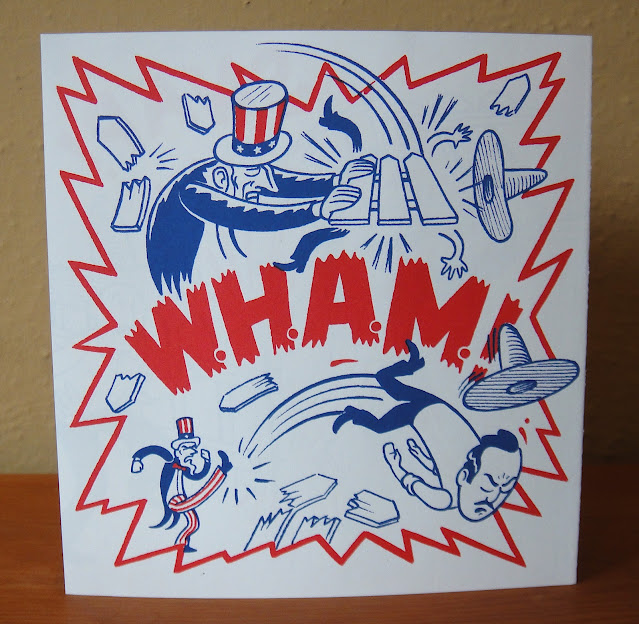