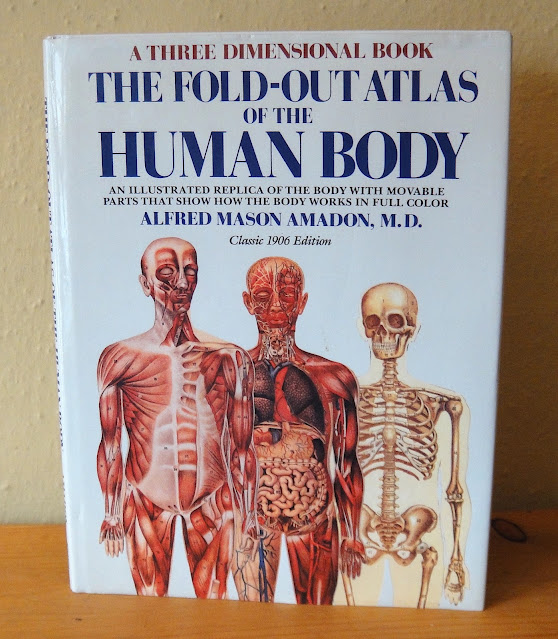 In my recent researches into all things accordion and folded, I stumbled across the genre of anatomical flap books, also known as fold-out books. Variously described as virtual autopsies or knife-less dissections, books using flaps make their first appearance in the late 16th century with a flap book of Euclid's Elements of Geometry (1570), and in the medical field in 1583 with a flap book on the eye. In the latter part of the 1800s medical flap books became especially popular and by 1900 all sorts of flap-books were being published in Europe and North America.
This particular book is a reproduction of its original 1906 edition. As you can see they're really quite extraordinary publications with fascinating layers of flaps revealing the deeper recesses of the human body. They would also appear to be quite labor intensive publications and I'm sure the $3 I paid for this one on Amazon is not truly reflective of all the delicate work needed in its construction!
For a particularly interesting text about the history, development and uses of flap books and fold-outs see Simone Schlepers' 2014, article "Knife-less Dissection: Functions of fold-outs in 19th century anatomical culture," at: ‘Knife-less’ Dissection: Functions of fold-outs in 19th century anatomical culture – Shells and Pebbles
The Getty has just posted a cool video about flap books, here's the link: Video: Flesh and Bones Flap Book | Getty News 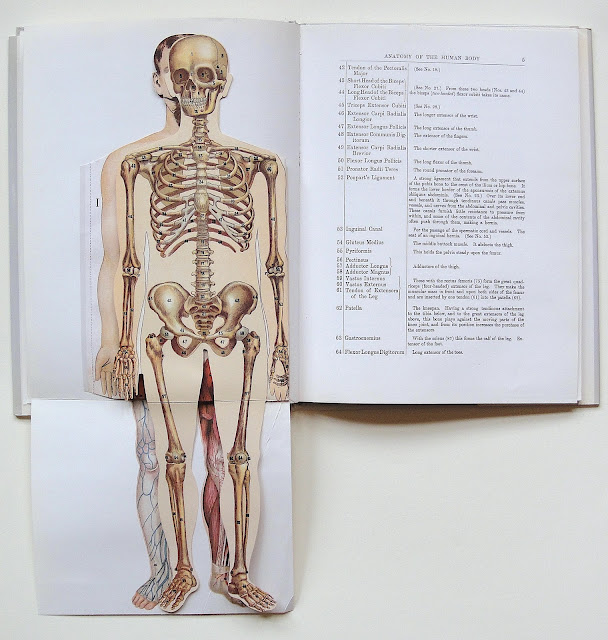 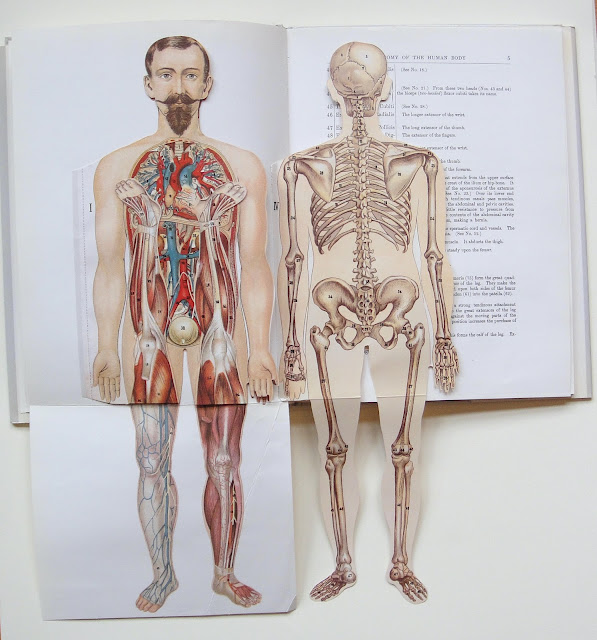 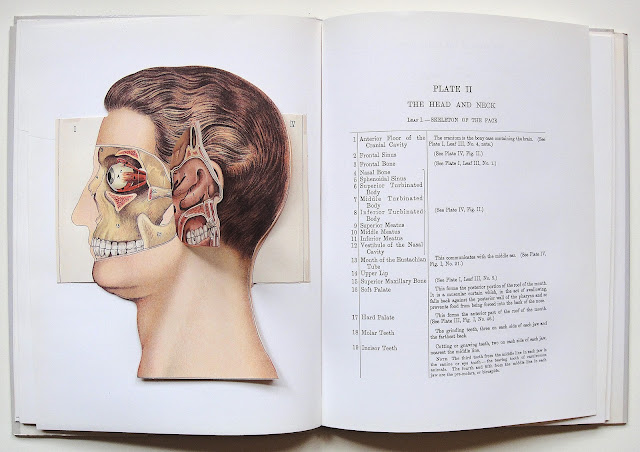 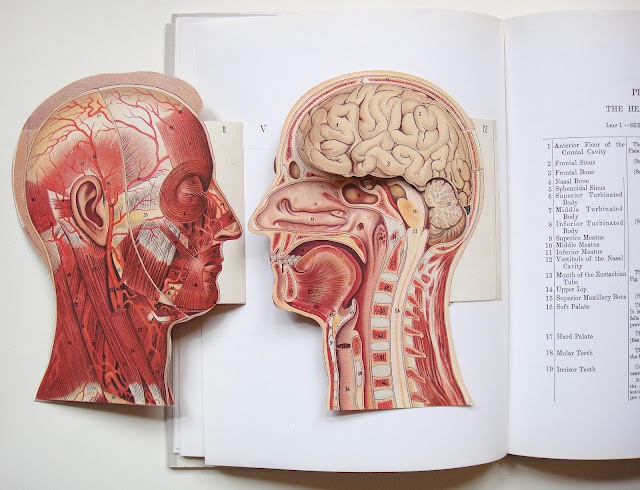 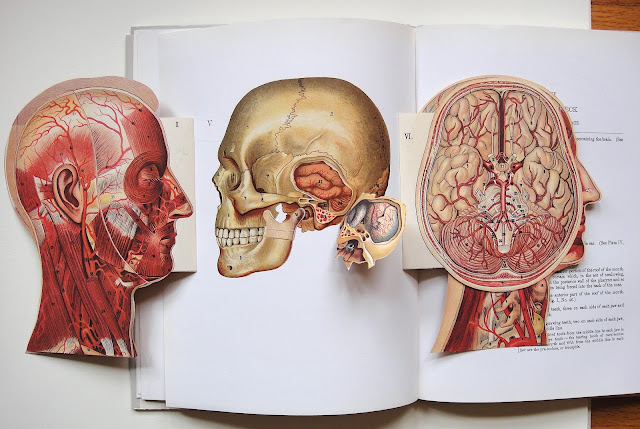 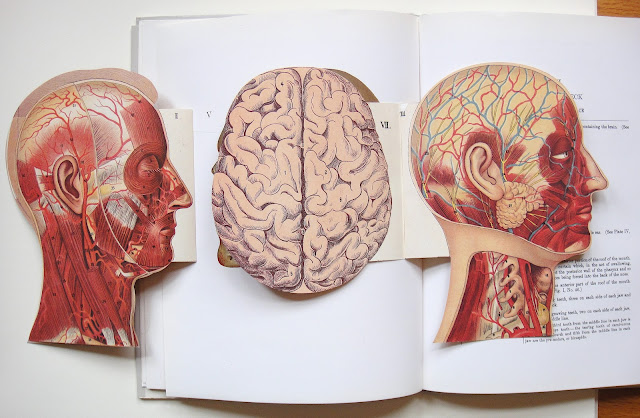 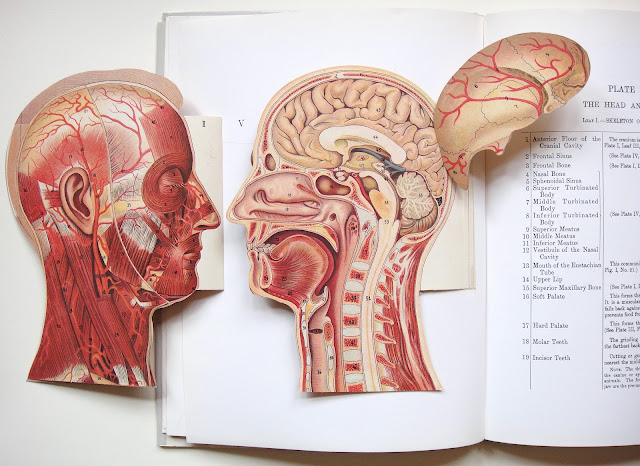