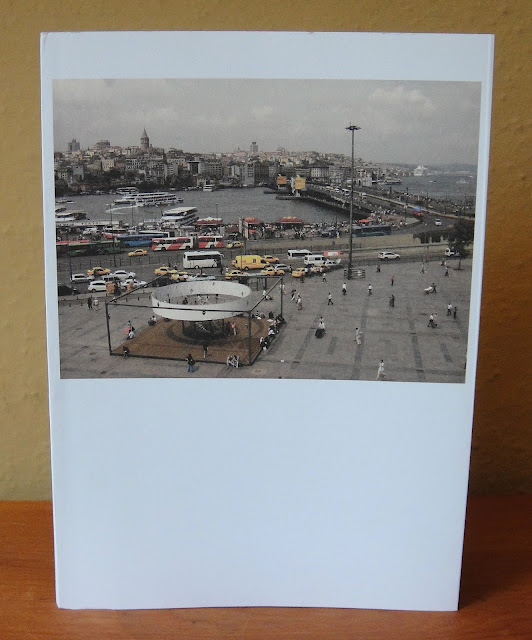 cover with the Panorama in foreground
This accordion is the documentation for an ambitious project that was a large-scale text-based temporary installation, originally sited on one side of the Bosporous in Istanbul (2010), and then moved to the other side (2011), as seen in the above photograph. In the background skyline of this photograph is the medieval conical tower known as the Galata Tower. This tower is well-known for its panoramic view of the city and the Bosporous (see vintage panoramic photo below). Görüş' installation was a large circle of texts imprinted on a continuous panel. You climbed a short stairway to engage with the work, and to read the many texts, interspersed with cut-outs that allowed visitors to see through the work and to different "views" of the city behind it.
This accordion reproduces all the texts in the work, and collectively they relate both literally and metaphorically, around the idea of "views," and while the texts tackle a wide range of subjects their central core is Istanbul itself. This accordion is like a panorama of the city, and an observation deck from which to get a sense of the long sweep of the city's history.
26 single-sided pages, 5.75" x 8", when fully open 12' 5". 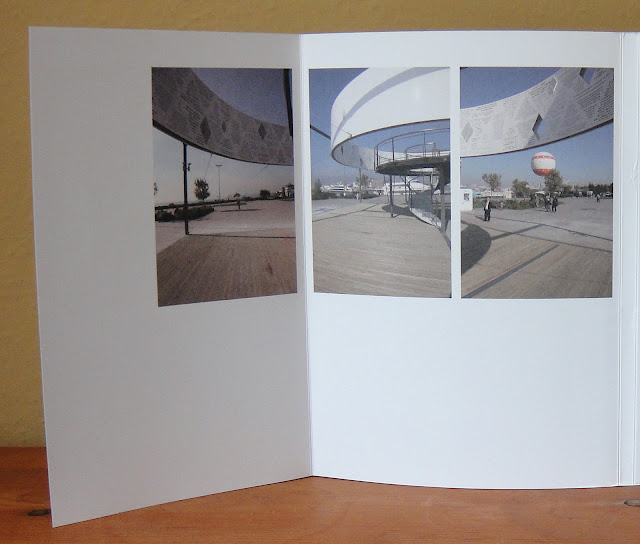 photographs looking up into the work 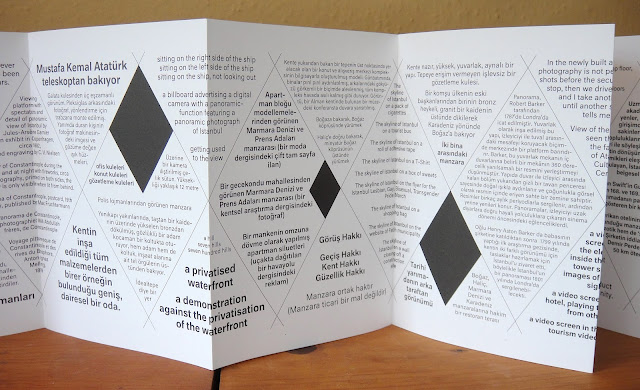 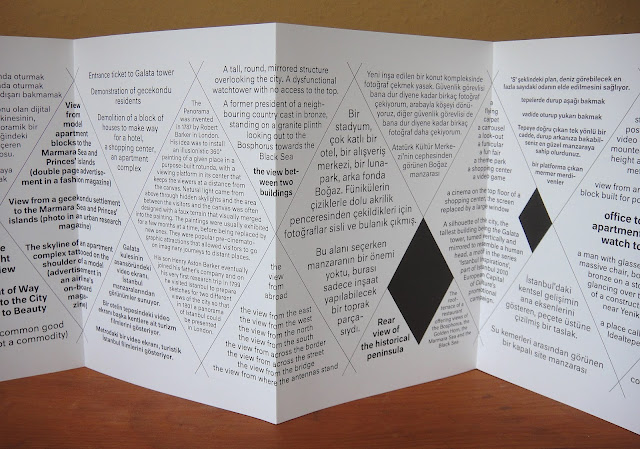 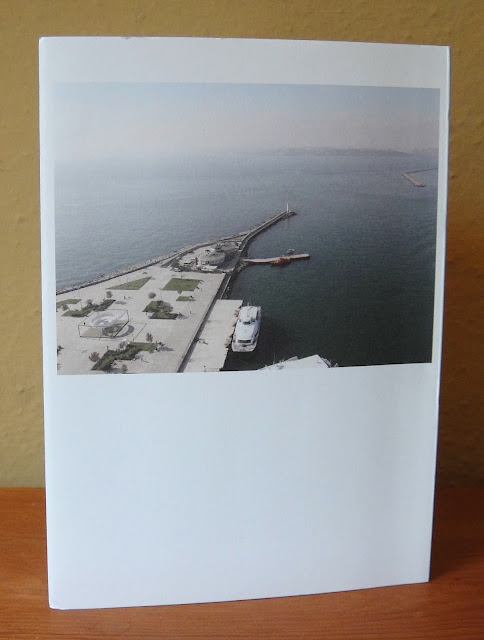 back cover (the installation is at bottom left)