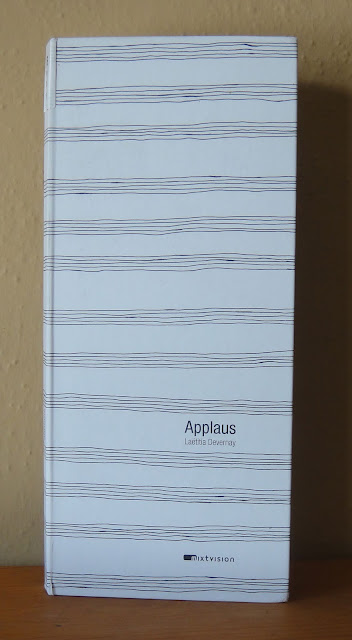 A smart work by this young French illustrator who's really used the expandable nature of the accordion format to its full effect in telling this story. The story consists of a conductor reveling in the natural world, and with his baton he weaves a silent adventure with flying bird & plant-like creatures that fill out the symphony he's creating with nature's creatures. At the end of the book he comes down from his perch and plants his baton in the earth, and it begins to grow into a new plant.
The first edition of this book was published as an accordion in 2010, then republished in 2011, and finally published as a book in 2013. Each of the different language versions have used different names as well, from Applaus, to Diaposon (burst of sound: Fr.) and The Conductor (Eng. ed.).  Here's a link to a fun video featuring this accordion book: Applaus (Buchtrailer mixtvision Verlag) - YouTube
33 pages, single sided, individual pages 12.75" x 5.5", and when  fully open 15ft 1inch.
At the end of this entry there's documentation of a 2013 French book edition published by La Joie de Lire SA, Geneva. 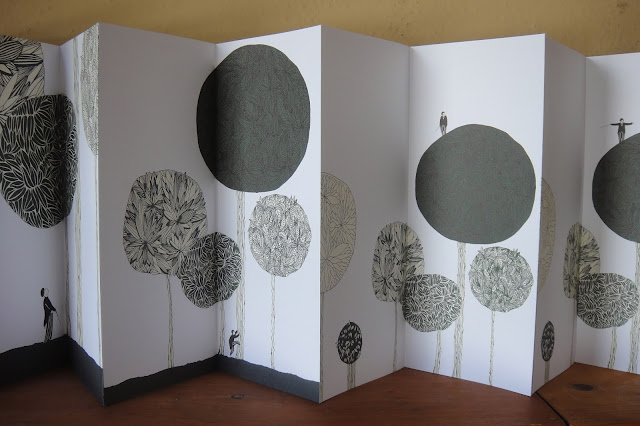 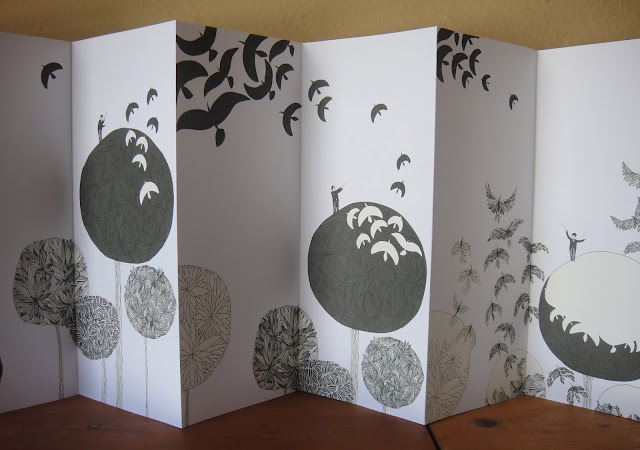 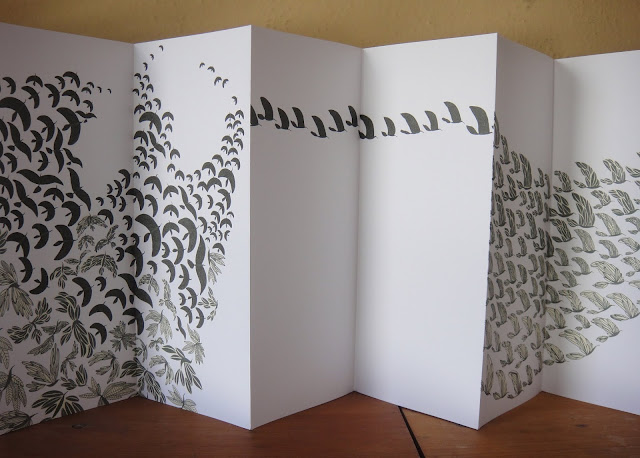 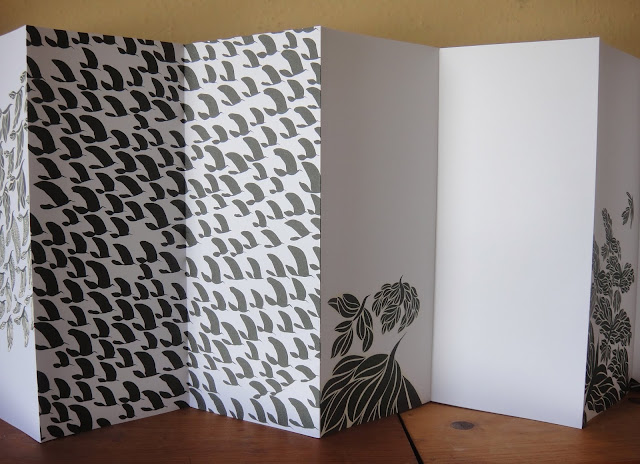 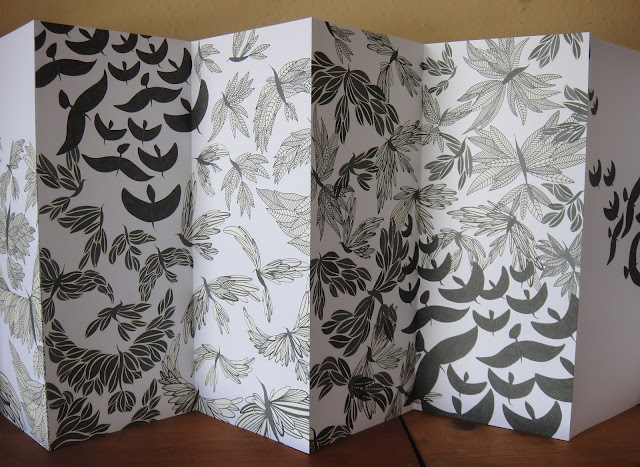 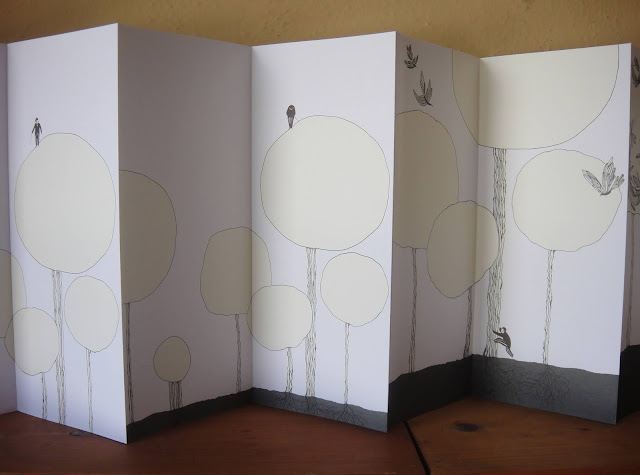 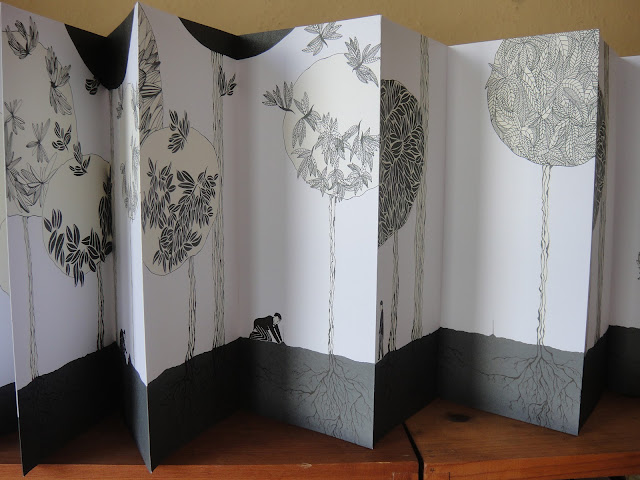 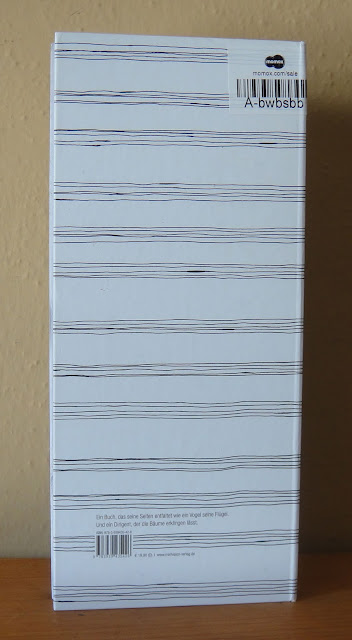 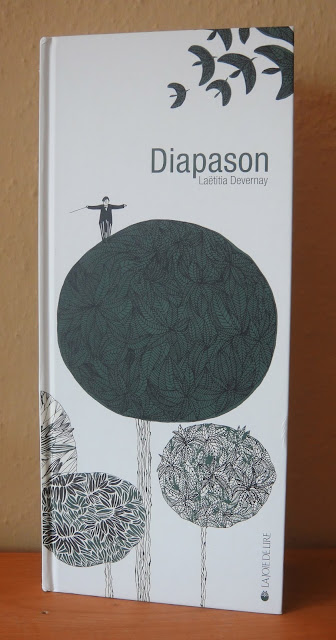 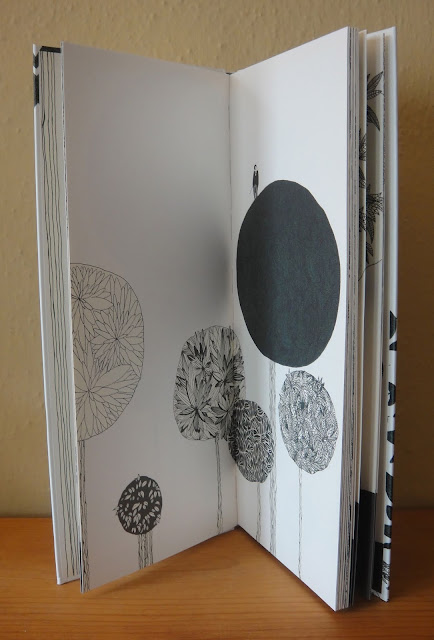 One thing this standard book does illustrate is how perfect a format the accordion is for this particular story and the way it unfolds!