As far as I know this was the first of only two accordion books that were published of Frasconi's (1919-2013) work during his lifetime. The other, "Kaleidoscope in Woodcuts" (1968), can be found on this blog. This one-sided accordion displays all his skills in the woodcut medium, as well as a smart use of the panoramic qualities of the accordion to showcase this enchanting work.

Born in Argentina, but by nationality Uruguayan, his parents were Italian immigrants who moved to South America during WWI. In 1945 Frasconi moved to the USA and soon established a reputation for himself, later becoming a professor at the State University of New York at Purchase. Frasconi provided illustrations for many books during his long career.

Frasconi often tackled themes of social justice and politics, and a later series that took 10 years to complete was titled "The Disappeared" and addressed the disappearances that took place under the various Uruguayan dictatorships. Individual pages for this book are: 5.25" (h) x 2" (w), and with a total of 58 pages it is 9' 8" when fully extended. 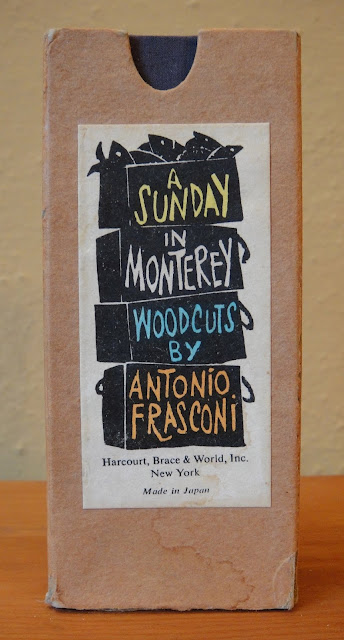 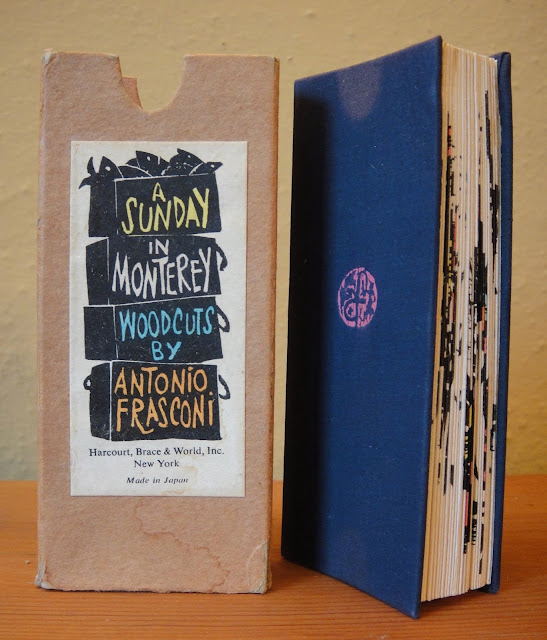 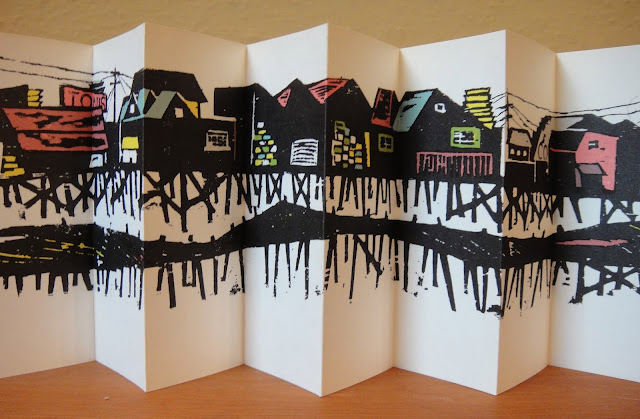 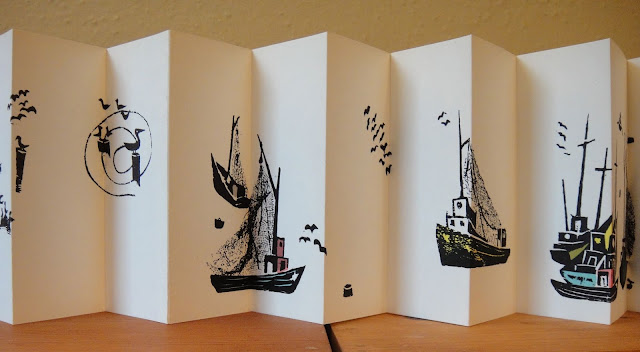 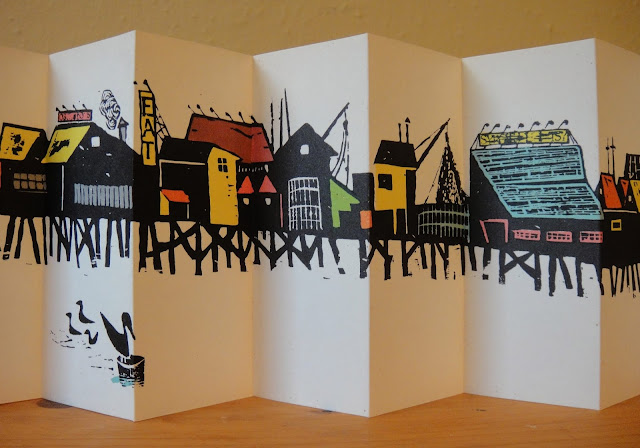 This image from the Harcourt, Brace & World website
Posted by box of water at Monday, January 06, 2020