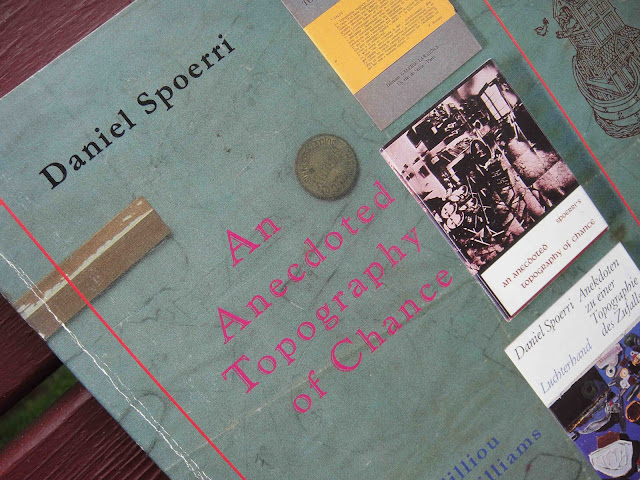 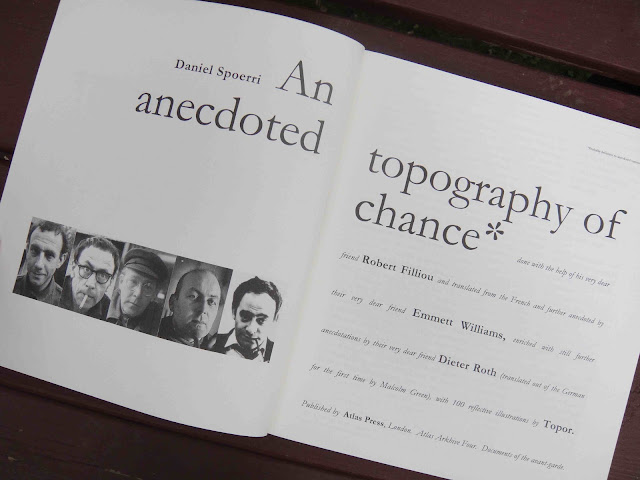 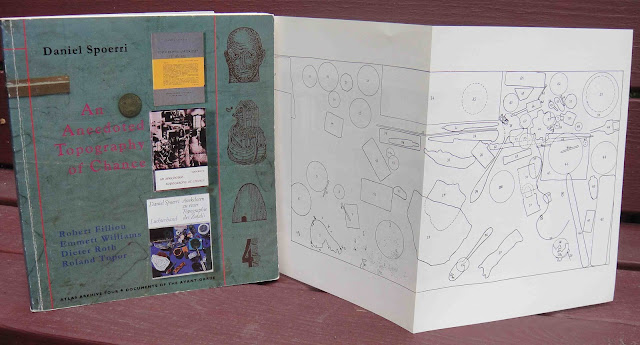 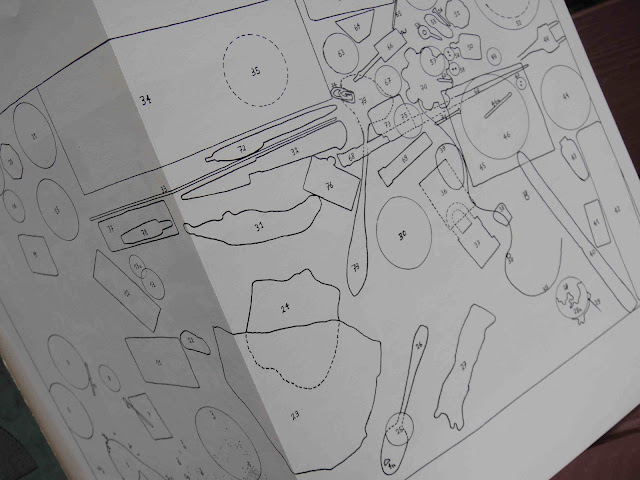 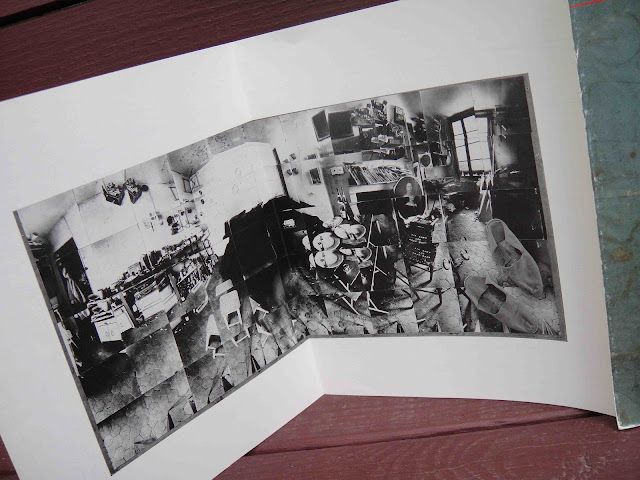 The first edition of Spoerri's (b. 1930) book was published as an exhibition catalogue for an exhibition of his works at the Galerie Lawrence, Paris, in 1962. This catalogue also featured the same fold-out map at the back of the publication. The map consists of hand drawn outlines of all 80 objects that were on the artist's table at 3:47 pm on 17 October, 1961. Spoerri gave a number to each object and the book is comprised of descriptions of each object accompanied by his annotations related to each one. In 1966 Something Else Press printed an updated version that included anecdotes from Emmett Williams, the translator of the text, as well as new observations by Spoerri. This 1995 version by Atlas Press includes even more updated annotations by these two artists as well as anecdotes from Dieter Roth and illustrations by Topor. On the back of this publication's map of objects is an assemblage of photographs that depicts the table in Spoerri's room where the drawing was done. This photo-assemblage is titled "Cubist View of My Room, No. 13, Hotel Carcassoonee," with the photographs credited to Vera Mertz Spoerri. The idiosyncratic structure of this wonderfully humorous book enables it to weave together layers and layers of memories, stories, anecdotes and annotations into a kind of perpetual motion machine for the production of meaning.
Posted by box of water at Tuesday, June 12, 2012